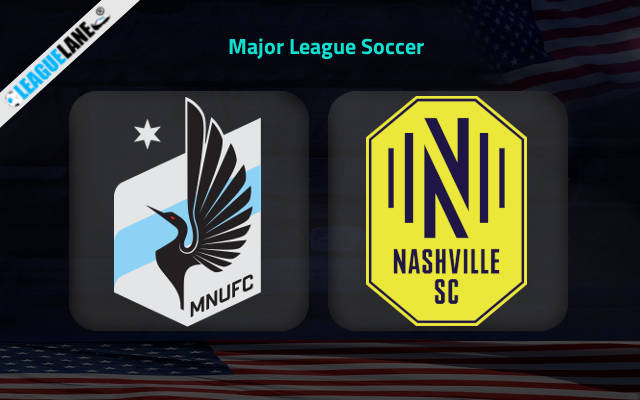 Both these teams had respectable finishes in the previous regular season of the MLS. But both of them failed to carry over this momentum to the playoffs.

Despite putting in huge effort throughout the year, they failed to make anything out of it – and the leaky defense for either squad share major credit for this disappointment.

All through the season, the teams kept on conceding goals – even in games with good results. And as these two lock horns this weekend at the Allianz Field, more of the same is expected. Likely, the BTTS wager should bring in good returns.

Minnesota were held to a 1-1 draw in their opener for the 2022 edition of the MLS. They were winless in eight of their past eleven overall games, and they had conceded two or more goals in two of their former four appearances at home.

On the other hand, Nashville were winless in 11 of their preceding 14 overall fixtures, and they have won just five times on the road since November of 2020 – which spans a period of 16 months.

Going on, these two will also be determined to make amends for their short-lived playoff appearance in the 2021 edition of the MLS, and considering all these observations, anticipate goals in plenty this Saturday.

Tips for Minnesota United vs Nashville