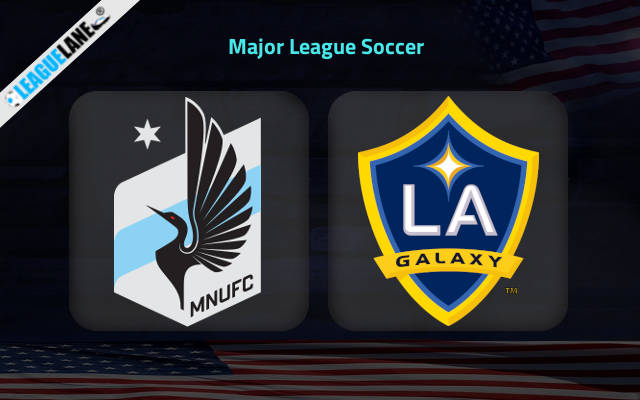 Both Minnesota United and LA Galaxy will be looking to shift their fortunes around and arrest their respective slumps in form on Wednesday night when they take on each other at Allianz Field.

The hosts suffered their third consecutive MLS defeat on Saturday evening, falling 3-1 away at Seattle Sounders.

The Loons showed a decent display in the first half when they even had the lead through their arguably best player Robin Lod, but went on to allow three second-half goals and eventually extend their losing thread on the occasion.

On the other side, we LA Galaxy lost two of their previous three MLS ties. They were brutally outplayed by Dallas FC in the first half of the weekend’s game at Dignity Health Sports Park where they shipped as many as three goals within the opening 23 minutes.

Former Bayern Munich and Juventus winger Douglas Costa only managed to find the consolation goal for them midway through the second half.

Nevertheless, we have to praise LA Galaxy’s defensive performances on the road in this term of MLS.

Greg Vanney’s troops allowed only one goal in the previous three league outings away from home. Can they take advantage of Minnesota United’s slump in form to maintain this fine record this time around?

Both teams will want to redeem themselves for their respective negative runs in the last couple of weeks.

Since both outfits also did better defensively than offensively so far in the season, we like the Under 2.5 goals FT bet at the 2.00 odds. The braver punters can shoot for the draw at the 3.50 odds.