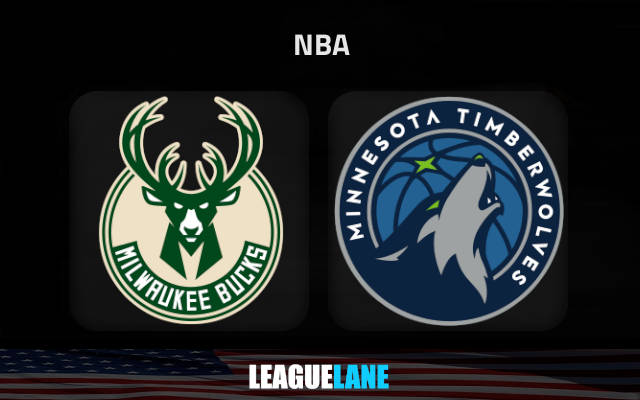 Milwaukee Bucks will try and keep their perfect record on Friday evening with the away game against Minnesota Timberwolves.

The Bucks are still the only undefeated team in the league

Milwaukee Bucks are still the only team in the league without a win after the opening seven games.

What makes their 70-0 record even more impressive is the fact they have managed it without the second-best player in the roster at all.

Khris Middleton is still inured and won’t be available for at least two more weeks following his wrist surgery.

Nevertheless, Mike Budeholzer has managed to create a perfect chemistry with this team, especially in terms of defense as Milwaukee are the best defensive team in the league by a mile.

When you have the like of Giannis Antetokounmpo to do the job for you at the opposite end of the floor, you have a perfect match.

Towns-Gobert is a partnership still in progress

We all wondered how the blend of Karl-Anthony Towns and Rudy Gobert would look like ever since the latter made a move from Utah Jazz before the start of the season.

The answer is yet to be found out because this new tandem is a still sort of a work in progress we would say.

The Timberwolves have negative offensive numbers with this duo on the floor together but they have improved their defensive showings drastically compared to the last season.

Minnesota went 4-4 at the start of the season. This has by no means been impressive beginning knowing the team had a softer schedule.

The Timberwolves lost the previous two games to San Antonio Spurs and Phoenix Suns and they are certainly heavy underdogs here as well.

The Bucks’ defense should shut the Wolves down here

It is very hard to see Minnesota Timberwolves causing any problems for the red-hot Milwaukee Bucks here. The Bucks have by far the best defense in the nation and Minnesota’s offense is not exactly firing on all cylinders at the beginning of the season.