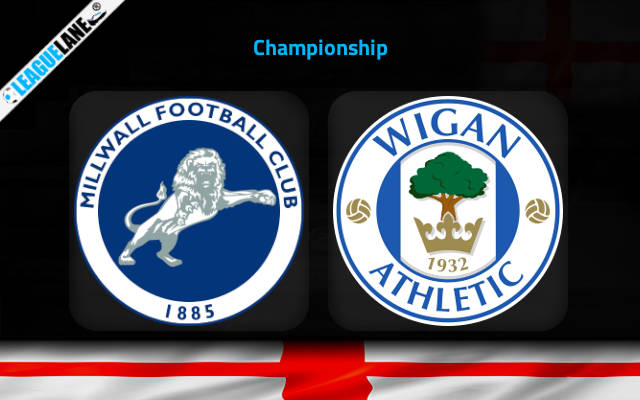 Millwall vs Wigan Predictions and Free Tips from our expert tipsters when the teams go head-to-head in Championship on Saturday, 10 December 2022.

Wigan got their much-needed win as they defeated Blackpool last time. However, they still have a lot of work to do as they are currently in the 22nd position on the table.

Sunderland’s win over Millwall momentarily stopped Gary Rowett and his men from reaching the top four on the table. They will now aim for their tenth win of the season as their upcoming opponents have poor away form.

At The Den, the host are in excellent form as they remain unbeaten since 2013. Both teams will be meeting after a period of two years.

It is worth knowing that the host are unbeaten in two of the last four overall meetings.

Who will win the match between Millwall and Wigan?

Millwall will most likely win this fixture. They have a very strong winning record against the visitors at their home ground. It is important to mention that the last time the visitors celebrated an away win was nearly three months back.

The host have consistently scored over 1.5 goals in four of their last five matches at home against this side. Not to mention that they have kept two clean sheets.

Wigan rarely scores against this team whenever they meet at The Den. At the same time, the visitors have not scored in three of their last five outings. We can expect the same pattern to follow-up this time as well.

The host have an excellent winning record against Wigan. Also, Kolo Touré’s side have lost nearly 50% of their matches this season. We can back Millwall to score over 1.5 goals – at 2.00 odd. They have scored at least two goals in their last two meetings at home.

Our second tip is that Zian Flemming to score anytime– at 3.25. He recently scored a hat trick against Preston who are one of the best defensive teams in the league. Therefore, we can expect him to find the back of the net against this relegation team.