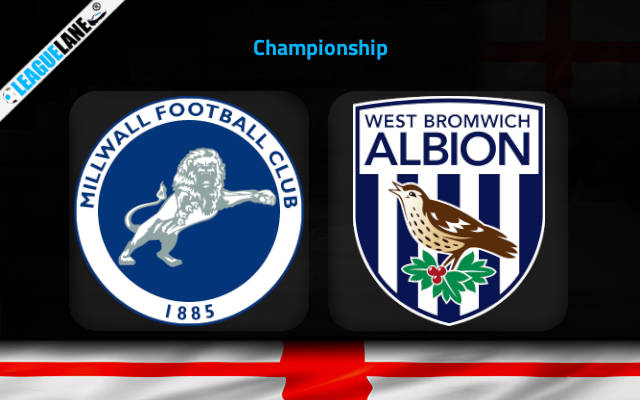 West Bromwich Albion is at the fifth on the standing in the zone for Play offs while Millwall is down below suffering 3 defeats in a row in the league. The hosts have only won once in the previous 5 league schedules while the remaining 4 ended in a loss. Their average home performance is the only hope they have now against the Baggies who are a bit off shore at away fixtures. The match is set for this Saturday at The Den for the 29th Round of Championship.

West Brom is at the 5th spot on the standing with 45 points from 27 games. They won 12 times in the league while drawing on 9 and losing on 6 other occasions. They have scored 34 in total while conceding a sum of only 20 which is the best conceding number in the league.

After a 0-1 loss to QPR , the Baggies won against Peterborough by 3 goals to nil in the preceding league fixture. Valérien Ismaël’s squad have seen their goal attempts be successful a total of 5 times in the course of their previous 6 matches.

On the contrary, The Lions reside at the 14th position on the table with 33 points. Of the 26 matches played, they won only 8 games while drawing and losing on 9 games each. Their total goals to conceding ratio stands at 27:29 so far.

Millwall lost 4 games in a row and the latest came against Blackpool by 0-1. It’s been seldom in recent times where they have shown a defensive steel. It will be a concern for them that as they have seen their defense breached in 5 of their previous 6 matches, giving up a total of 9 goals.

West Bromwich haven’t won away from home in the past 3 league matches while the host are win less against them in their previous 3 matches in the league.

We envisage a win for the visitors as the hosts are poor at home and West Brom tend to give good results at away fixtures.