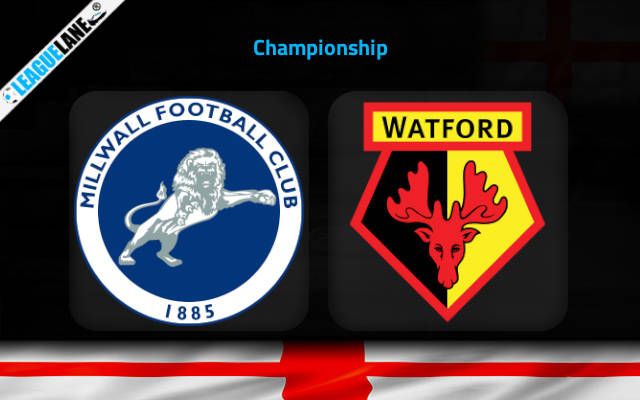 Millwall and Watford will clash in a Championship fixture at The Den this Wednesday evening.

They had opened up with unbeaten outcomes, displaying their desperation of losing a spot in the previous season. But, they failed to maintain it further as they are currently on an inconsistent run in the campaign.

These are even more worrisome on travels as the team consistently records drawn fixtures. It is really perplexing and the spoils do stand neutral when analyzing its stand on the basis of positive and negative.

Meanwhile, Millwall does not display any determination of claiming a safe zone spot which they missed narrowly in the past season.

They had started off with a win, but has failed to maintain a positive consistency further. However, they will be looking for another win after a 1-2 Championship success over Bristol City in the previous round.

Going on, Watford and Millwall are currently 10th and 11th respectively in the points table. They both have a similar form in the league too. Therefore, expect an interesting affair between these two on Wednesday.

We therefore back Both Teams to Score as the main bet for this Championship clash between Millwall and Watford on Wednesday.