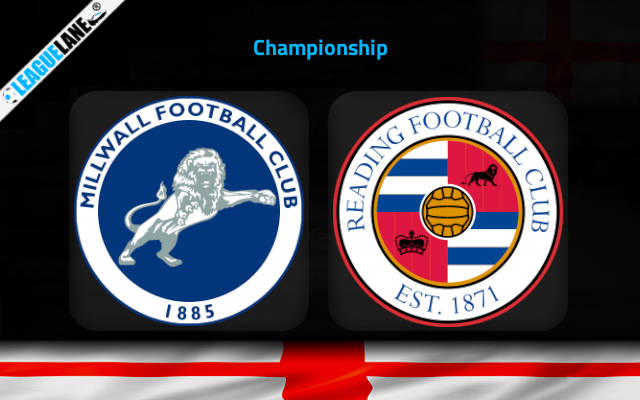 Reading will visit The Den this Saturday to play against Millwall for matchday 6 in the EFL Championship.

Only a single point separates the visitors from the top position of the table. Paul Ince’s side will look to make the most of this fixture, as a win will see the Royals claim the top spot.

The Royals managed to defeat Middlesborough in their last league outing. In that game, Tyrese Fornah scored the only goal before the half-hour mark.

It is worth noting that the Royals only kept 28% of the possession, and still managed to get all three points.

Meanwhile, the Lions sit at the tenth position in the league winning just seven points out of a possible fifteen. In the last league outing, the Lions failed to win against a strong Norwich City.

A win for Gary Rowett’s side will take the Lions to the top spot in the table. Even winning a point will make big difference in the league position. The Royals are yet to draw in the EFL Championship.

Spectators can expect a tightly contested match. The past results show that the Lions have won most times. Gary Rowett’s side is currently scoring goals at a rate of 1.40 goals per game.

The away form of the Royals is worrisome with four losses in their last five games. In all competitions, the Royals conceded a total of eight goals.

By the looks of things, we expect the Lions to win by a narrow margin- the odd is at 1.83 for this tip.

You can also bet for both teams to score at FT bet at 1.90 odd, since both teams rarely fail to score.