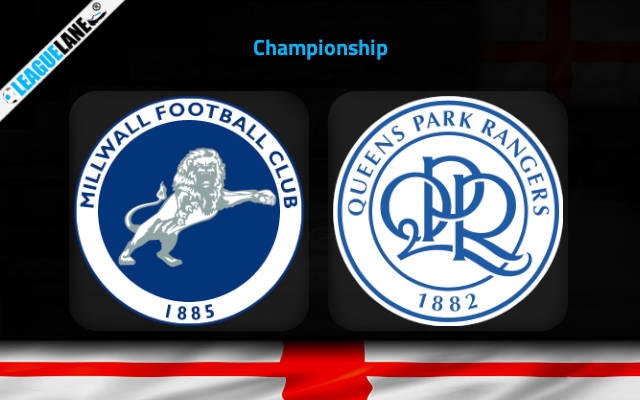 The Championship clash at The Den on Wednesday will see home side Millwall ready themselves for the visit of QPR.

Meanwhile, Millwall had narrowly missed out on a ticket to the playoffs in the Championship last season.

However, they recorded displeasing outcomes further then and are currently on an inconsistent run in the league. As a result, they are positioned at 14th in the league standings.

Meanwhile, QPR had to settle for a 11th place finish in the league table and were trailing just 9 points below the cut-off.

Going on, they have been going through an average stretch of performances and are having an inconsistent form on the road. Anyway, Rangers displayed a better form lately when compared with their overall recordings in this season.

QPR was unbeaten in 3 of the past 5 league fixtures. The team scored a total of 6 goals while leaking 5 from the previous 3 outings.

Rangers won one, drew one and lost two of their 4 away fixtures in this campaign. They leaked a total of 6 goals in the process.

Meanwhile, Millwall lost 3 of the past 5 league fixtures and gone on a 4-game winless streak in the process. Surprisingly, Millwall possess a decent form at home lately. The team won 3 of their total 4 home fixtures in this season.

Anyway, we can’t go for a home win as they are not having a convincing overall form. Their h2h clash suggests the chances of a draw too.

Therefore, we expect a competitive affair between the two, with goals coming from either side.