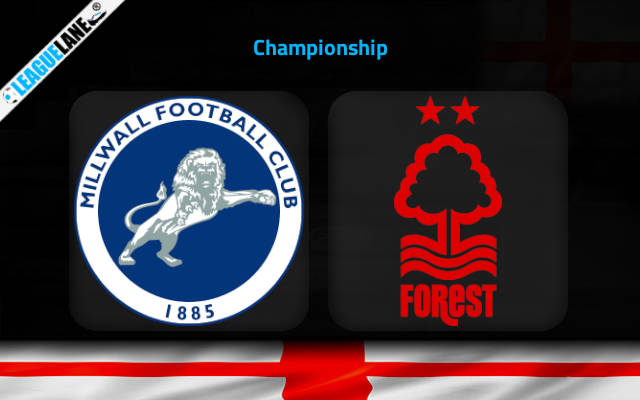 In game week 27 of Championship, Nottingham Forest travels to London to play against Millwall in their match on Saturday.

Millwall sits in 11th position on the league table with 33 points from 24 matches. They played against Crystal Palace in FA Cup in their last match, which ended in a loss with 1-2 FT score.

Millwall has played well in this season. They have mixed wins after loss in the recent matches and have scored in most of the matches as well. The team has had unbeaten streaks in their past matches which would break with a loss, but the team would hop back in to their form and would win in the next matches.

Millwall has played 11 matches in their home ground and has put on a great show in those matches. They have an unbeaten streak of five games going on currently and have scored in ten of the matches as well.

Nottingham Forest is in 9th position with 39 points from 25 matches. Their last match was against Arsenal in FA Cup which ended in a win for Nottingham with 1-0 FT score.

Even though Nottingham had started off the season with a poor performance, they have made up for it with an improved form in their matches. Nottingham has lost in their last two matches and will make sure to make up for it with wins in the upcoming matches. In the last ten matches, the team has an equal number of wins and draws as well.

An unbeaten streak in nine away matches was broken with their loss in the last away match. They have played twelve away matches so far in this league matches and they have scored in nine of them. The team has also won in five of the matches.

They are only 1-points away from each other and the winner in the next match will have an upper hand over the opposition. Millwall has the advantage of playing in their home ground and has not disappointed their fans in home matches. Nottingham is a tough opposition because of the team’s performance in away matches. Both teams have scored in their recent matches as well.

I believe the match is likely to end in a win for Millwall or in a draw and both teams will score in the match.