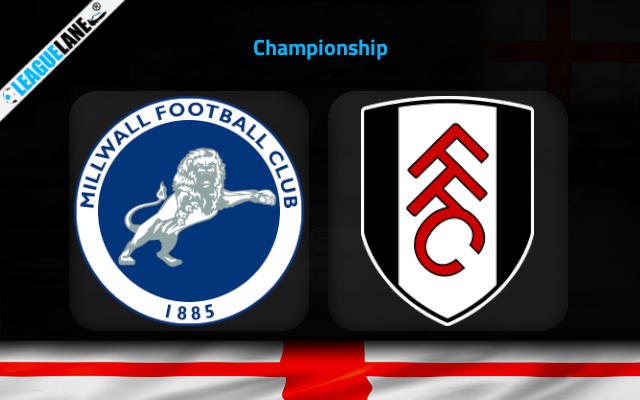 Fulham were relegated from the top flight the last season, and so far this campaign they have shown their determination to get back to the PL. Meanwhile, Millwall have made a poor start, and they also have a worrying h2h record. Likely, expect a win for the former.

They are at the top of the Championship standings at the moment, and so far they have maintained an unbeaten record. They have scored the most number of goals of all the teams in the competition, and only a handful have conceded fewer.

They are much more experienced than the teams that were in the Championship the previous year, and certainly their stint in the PL is going to help them.

In the meantime, Millwall had a modest 11th place finish in the Championship the previous year, and they had managed just 15 wins through that run. Do also note that the dead-last placed Sheffield Wednesday had conceded just nine more goals than them.

By all means, expect Fulham to have the edge this Tuesday at The Den.

Millwall were held to a 1-1 draw the last match-day, by Blackburn. In the meantime, Fulham had registered a 1-5 win on the road against Huddersfield.

Going on, Millwall were winless in nine of their previous thirteen overall games, and they have won just seven times at home since October of 2020. Note that they also have a poor h2h record against this foe over the past several years.

On the other hand, their counterparts are unbeaten so far since their relegation, and they have raced to the top of the Championship table with an unbeaten record, as well as the best offensive stats in the league.

By the looks of things, expect a win for Fulham this Tuesday against Millwall.