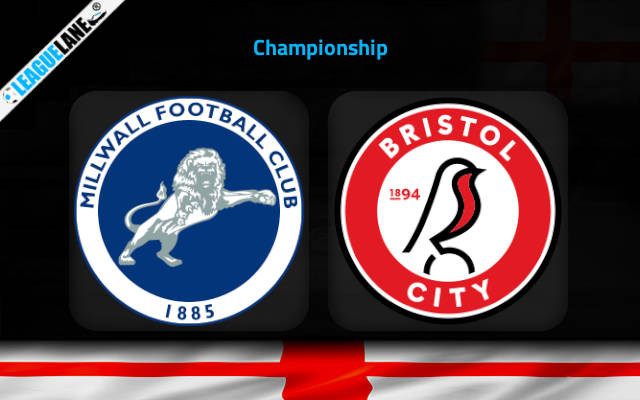 Millwall vs Bristol City Predictions and Free Tips from our expert tipsters when the teams go head-to-head in Championship on Thursday, 29 December 2022.

Millwall played a good game against Watford and managed to win all three points in the end. This is their tenth win of the season and they are just one win away from entering the top four.

On the other hand, Bristol conceded two back-to-back defeats following their 3-1 win over Rotherham earlier this month. They have won only a single game in December. Manager Nigel Pearson will have to make key changes to his team’s line-up as three players are recovering from injuries.

The current host have won three of the last four head-to-head matches against Bristol. At this ground they are on a two-game winning streak.

Bristol’s form in riddled with losses. They are winless since October with just one exception.

Who will win the match between Millwall and Bristol City?

We can expect over 2.5 goals to be scored. This is after considering that in four of the last five head-to-head meetings at least three goals have been scored.

Both teams have scored plenty of goals in this fixture since 2021. We can expect the same pattern to follow up this time as well.

The host are on a two-game winning streak at The Den, not to mention that they are at the sixth position on the table. Also, they remain unbeaten at home since September. We can back Millwall to win this game– at 1.95 odd.

Our second tip is that Over 2.5 goals with Both teams to score – at 2.40. Both teams have scored consistently in this fixture. A total of eight goals have been scored combined in the last two head-to-head encounters.