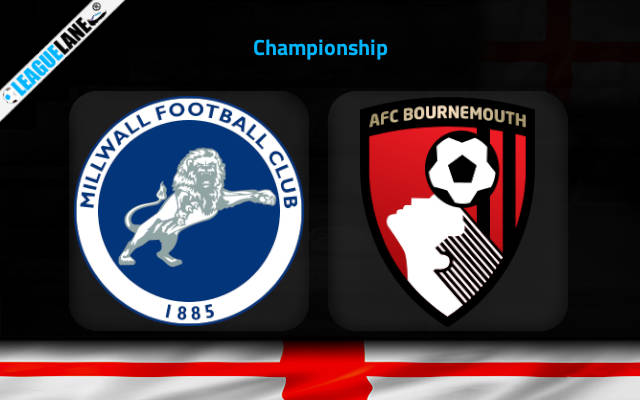 Millwall have improved their defense significantly of late. They actually have one of the best defensive records in the league.

Given that Bournemouth still have by far the best defense in the competition, we have reasons to expect a low-scoring affair on Wednesday night in London.

Bournemouth have suffered the first defeat of the season at the start of the month when they shockingly fell 1-2 at home to Preston North End.

They managed to bounce back in style, beating Swansea City 4-0 in the following fixture at Vitality Stadium.

However, we can already begin to talk about a drop in form as the Cherries suffered the second defeat in the last three rounds on Sunday afternoon, falling 3-2 away at the rock-bottomed Derby County.

It was by far the worst defensive performance of the season from Scott Parker’s troops who had previously allowed no more than 10 goals in the opening 17 games of the campaign.

The Cherries will be hoping to rebound once again on Wednesday evening when they travel to the capital to battle top-half rivals Millwall away at The Den.

Millwall will be anything but a naïve opposition for the hurt Cherries. The Lions can smell blood. They are on a run of three subsequent matches without a defeat.

Although they did not shine in the weekend’s 1-1 draw at Middlesbrough, a draw against a team that had a new-manager bounce can by no means be regarded as a failure.