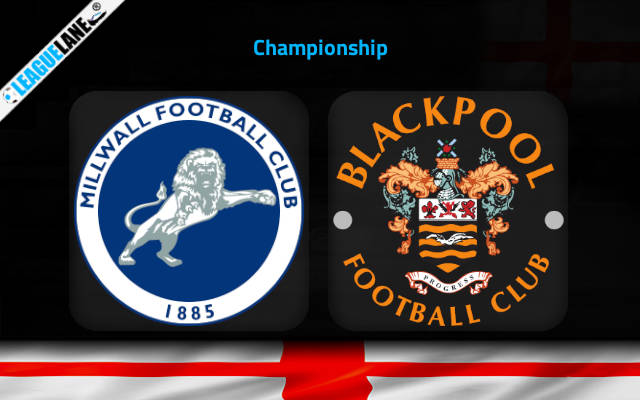 It’s been a disastrous start of the season for Millwall this year. However, they could turn things around as they host a struggling Blackpool side this weekend.

Both teams are separated by one point this season. The host did manage to beat Cardiff City by 2-0. This ended the team’s three-game losing streak. However, the victory was short-lived as they suffered another defeat against QPR by the same scoreline.

It is surprising to find out that 55% of the host’s games have ended in defeat. They have only won ten points out of a possible twenty-seven. Also, they have lost by a 2-0 margin in three of their last five outings.

Meanwhile, Blackpool are also walking in the same direction as the host. They suffered a 3-0 defeat against rivals Rotherham in their most recent outing. The team is currently at the 16th position in the table.

Nevertheless, manager Gary Rowett is worried about his team’s lack of strength in the backline.

It is interesting to note that both teams share the same statistics in the number of goals conceded this season.

The visitors are not performing against top clubs in the league. Their last victory was against Huddersfield. However, they have scored seven goals in their last five league outings.

Theo Corbeanu who is on loan from Wolves has scored three goals in his last nine appearances for Michael Appleton’s side.

Our first prediction is that Millwall will win this game – at 2.05 odd. This is after considering that at The Den, the home team is on a four-game winning streak against Blackpool.

Moreover, our next tip for this game is that Over 2.5 goals will be scored – at 1.80 odd. In two of the last five head-to-head encounters, the host have scored three goals.