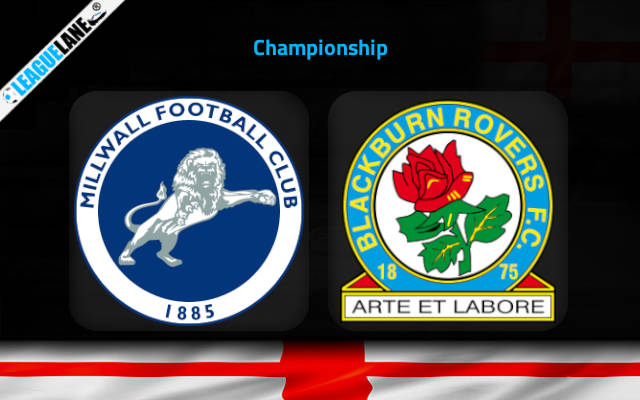 Mid-table side Millwall was 11th in the England Championship last season and has started the new edition of the campaign with a draw the last match-week. The Lions will lock horns with Blackburn Rovers for the second round in the league on Saturday at The Den.

The host had their troubles towards the end of the last season with just one win coming out of their last six fixtures in the Championship. The Lions have been unbeaten in their recent two fixtures, following a 2-1 win at home against Portsmouth in the EFL Cup. They will return to Championship on the back of a 1-1 draw on the road with QPR last time out in the campaign.

In the meantime, the Rovers were in 15th place on the league table last season. The away team had their hopes high with a three-game unbeaten run in their schedule by the end of the 2020/21 term. They will visit after suffering a 1-2 loss at home against Morecambe in the last clash in EFL Cup. However, the visitor started the Championship this time with a 2-1 win at home against Swansea in the previous encounter.

Millwall has met the Rovers three times since 2019 after a gap of five years from 2014. Out of the three h2h clashes, the host had one win and two defeats.

In all three matches, the winning side also took the clean sheet from the game. This shows that the tip for no BTTS will probably come in handy.

The Lions enjoy the ground advantage and will be confident after the home win in EFL Cup. Besides, the host was in a better position on the table last season than the guest.

Hence, the home team has a slight edge over the traveling side in the encounter.