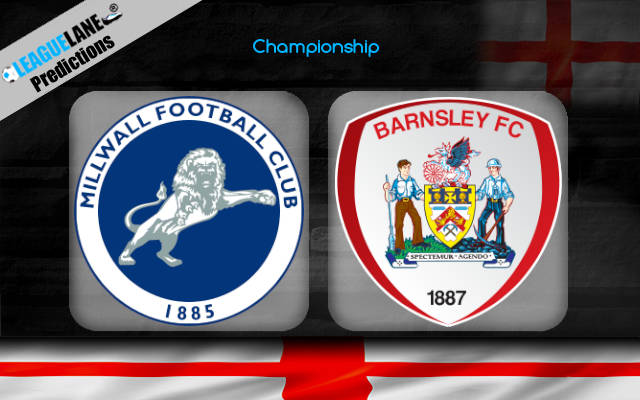 Millwall sit 6th placed after beating Wycombe Wanderers (1-2) and Luton Town (2-0) in their last two outings, obviously using the International break to a good cause and bouncing to the winning ways after a three-match winless streak. They’ll now want to keep it up as they host Barnsley and we do see them making it happen at the Den.

Lions have hardly been as consistent here as they would have wanted but we’ve seen them very confident as they beat Luton. Gary Rowett hasn’t been able to keep the back line tight on the regular and this has meant points dropped, which will have him looking for a fix. However, shutting down the visitors’ in-form attacking line could prove more of a problem than some would suggest.

Indeed, Barnsley scored five goals in their last three games. They haven’t been able to turn clashes their way, though, and this will be more worrying. Middlesbrough (2-1) snatched all three points in early October while they were held off by Bristol City (2-2) and Stoke (2-2) despite taking the lead early on both occasions. We thus hope for an exciting challenge too but we don’t see them snatching points in London.

We’ve seen a goalless draw as they sides last met in June, sharing the spoils at Oakwell Stadium.

Barnsley snatched all three points on their last trip to this ground, as Patrick Schmidt found a last-gasp winner.

Millwall last beat Barnsley in March 2018, which was their only second win in nine head-to-head clashes since 2014.

We do feel Millwall have enjoyed a better moment lately and they’re well worth backing at 2.05. They have a winning streak to build on and we feel they’ll do so on Saturday, despite an exciting contest looming – with visitors boasting great records in the final third and desperate to finally capitalize on goals scored.

Indeed, Cauley Woodrow leads an in-form line and Millwall could be forced into a thriller here. With hope the home side will have what it takes to score an extra goal rather than shutting them down, we’re now backing a high-scoring contest – where Over 2.5 Goals FT comes at enticing 2.10 and catches the eye of many value seekers.