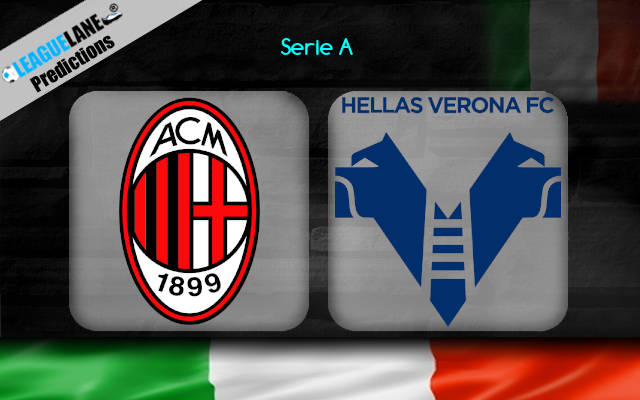 AC Milan have seen a great streak ended and their first loss since March, as Lille (0-3) dominated every aspect of their Thursday’s Europa League clash. The attacking line failed to find the net for the first time since the Coronavirus break in Italy, with a worrying lack of inspiration moving forward and stability at the back.

Rossoneri now host Verona for their Matchday 7 clash looking to keep hold of the top spot in Serie A, with five wins and a draw earned in six outings so far. They’ve been furious with Ibrahimovic leading the line, which promises them motivated to bounce quickly and show their mid-week disappointment nothing but a hiccup.

Verona, on the other hand, beat Venezia in Coppa Italia and Benevento in Serie A last week. They held off Genoa and Juventus beforehand, which will have them looking for another upset with confidence now. They’ve show off as a tough side to beat but still have a lot to prove if they’re to seriously challenge the top 6, sitting outside only for their goal difference at this point.

We will back AC Milan to secure all three points and bounce to the winning ways quickly. We’ll go for a Home win and Over 2.5 Goals FT at 2.05, hoping to see another thrilling contest and Rossoneri in much better shape in the final third than what we’ve seen on Thursday.

Still, Verona feel like a solid challenge and we hope to see the visitors make it on the scoresheet too. We’ve seen them scoring on the regular lately and they’ll surely want an upset now. With that in mind, we’re also going for a YES on Both teams to score at 1.75 which seems a good approach to the fixture as well.