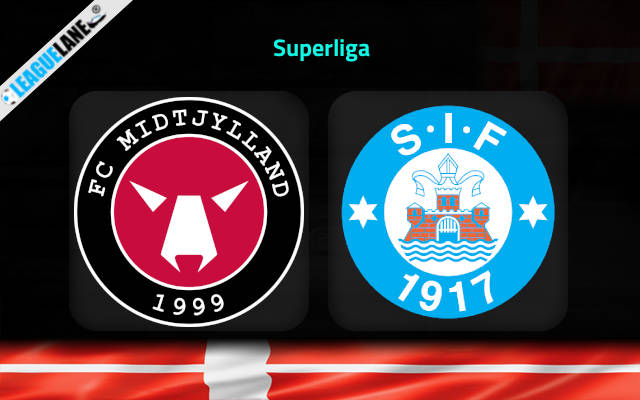 Midtjylland have been one of the very best teams in the Danish top flight for the last several years now. In fact, they are one of the perennial title-contenders there and they will be eager to start their new season with a win against one of their rivals, Silkeborg.

Midtjylland had finished second in the table at the end of the regular season, trailing 6 points below toppers Copenhagen. In the Championship Round, they did cut down this lead to 3 points, but still they had to settle for a second-place finish.

During this stretch, they had found the back of the net in plenty, and were seldom beaten as well. Moreover, they also had a very dominant run at home during this while.

Meanwhile, Silkeborg had finished 6th in the table at the end of the regular season and they had managed to register a total of just 7 wins in the process.

They have been experiencing issues with the defense for quite some time now and particularly on the road their form has not at all been impressive.

In addition, they also have a poor head-to-head record against this opponent over the past several years and judging all these observations it is expected that we are about to see a victory for hosts Midtjylland this weekend.

Midtjylland were unbeaten in 18 of their 20 overall fixtures and in the process, they had gone on separate 4-match as well as 5-game winning streaks. Do also note that they are on a 10-match unbeaten run at home.

On the other hand, Silkeborg were witness in 5 of their previous 7 overall games and in the process they had gone on a 3-fixture losing streak. Moreover, they have also won just once on the road in the past 3 months and they had let in 2 or more goals in 4 of their past 5 road trips as well.

For these reasons expect a victory for Midtjylland this weekend.

Tips for Midtjylland vs Silkeborg