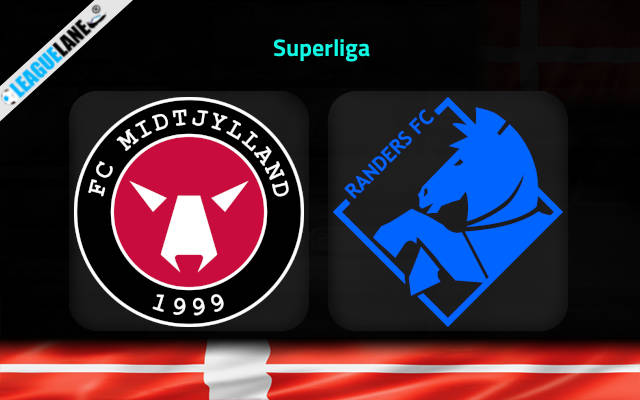 Midtjylland is on strong form in their matches recently. The team has not lost in their last seven matches, scoring over 1.5 goals in six of those matches. Their current form has helped the team secure their position as the second team in the Championship round. They are only three-points shy of the first team on the table. Their current position has earned the team a ticket to the Champions League qualifiers. However, to make sure they have the promotion, the team needs a win in this match as well.

Midtjylland played their last match against Silkeborg, in which Midtjylland scored four goals while Silkeborg could score only one. The match ended with 1-4 FT score.

Randers have been inconsistent with their form in the recent matches. The team may be on form in a couple of matches, when their form drops, resulting with cold streaks. Currently, the team is on a cold streak, which has lasted for three matches. They have failed to score in two of the three matches as well. Randers stand last in the Championship rounds with only 43 points from their matches.

The hosts are the favorites to secure the win in the match. With Midtjylland on top form and Randers playing in an away ground, we can expect the match to end with a clean sheet for Midtjylland.