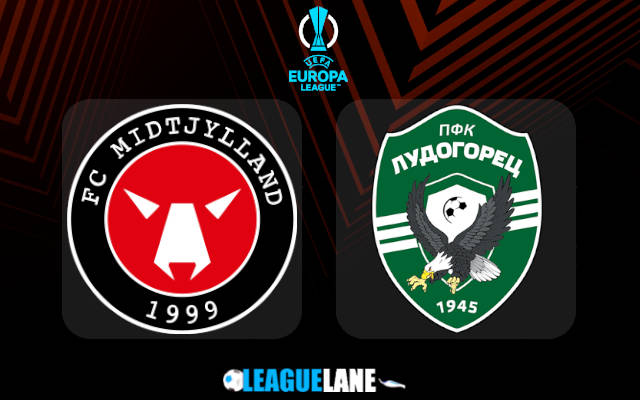 Midtjylland host Bulgarian champions Ludogorets in the first round of the new UEFA Europa League campaign on Thursday afternoon in Herning.

Midtjylland made it to the group phase of the European competition for the second year running, following last season’s Champions League appearance with the likes of Liverpool, Ajax, and Atalanta.

The Danish champions have brought themselves to the continental map, backing up the last season’s success with the elimination of Celtic in the second round of the Champions League qualifications this summer.

PSV were too strong in the next round, but the head coach Bo Henriksen will be more than satisfied with the qualification for the group phase of the UEFA Europa League.

Ludogorets will be their maiden rivals there. The Bulgarians have also had a busy and successful summer.

They made one step further in the Champions League qualifications, going all the way to the playoffs after claiming the scalps of Shakhtyor Soligorsk, Mura, and Olympiacos Piraeus.

Unfortunately, they were one goal short of forcing the extra time in the playoffs clash with another Scandinavian side Malmo (2-3 on aggregate).

Both Midtjylland and Ludogorets will go into this tie encouraged with comfortable domestic wins over Nordsajelland and Cherno More respectively (2-0 each) after the international break.

Midtjylland’s ambitions of a strong European run suffered a huge blow in the last days of the transfer window as the Danish outfit lost their talisman Anders Dreyer (signed for Rubin Kazan and scored two goals on the debut for the Russians).

The bookmakers still see the hosts as pretty clear favorites here. We have to disagree, especially after watching Ludogorets’ strong displays against high-profile sides in the Champions League qualifications. There is a much better value in backing the draw at the sky-high 3.80 odds. The Under 2.5 goals FT also looks like a great call at the 1.90 odds.