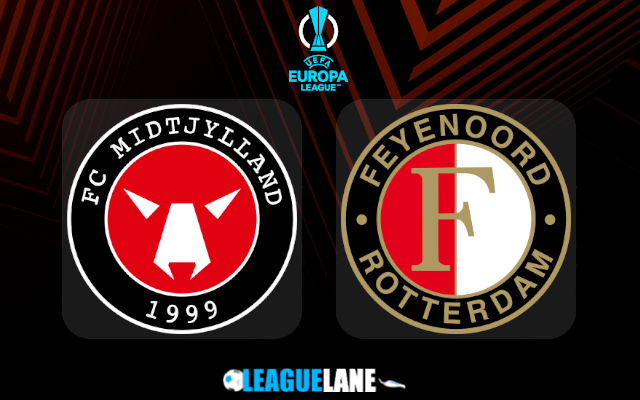 Midtjylland and Feyenoord will battle each other in an interesting Europa League fixture on Thursday at MCH Arena.

Feyenoord has been one of the top performing teams in the Dutch top flight for the past several years. And it seems that they have started this new campaign on a positive note as well.

They were unbeaten in 7 of the previous 8 league fixtures with a perfect score of 5 wins. The team had scored a total of 21 goals in the process while leaking 10.

Going on, Feyenoord and their traveling fans will hope for a repeat of their previous Europa League win against the likes of Sturm Graz. They had scored a total of 6 goals.

In fact, they had scored a total of 8 goals so far in the campaign. It deserves to be mentioned that they had scored the most number of goals of all the team in the competition.

Meanwhile, Midtjylland is currently on a 4-fixture unbeaten run across all competitions. This includes a 5-1 Europa League victory against Lazio.

Midtjylland’s offense line have scored a total of 9 goals in their previous five overall fixtures while leaking a total of 5 goals.

By the looks of things, we expect an interesting affair between Midtjylland and Feyenoord on Thursday at MCH Arena.

The Wolves have been struggling to post points from their home fixtures lately. They were winless in 6 of the past 8 appearances in front of their home crowd and had gone on a separate 4-fixture losing streak in the process.

On the other hand, Feyenoord were unbeaten in 7 of their past 10 road trips and had gone on a 4-fixture winning streak in the process. Do also note that they had scored a total of 10 goals over the course of the previous 4 on the road fixtures.

Taking into account these observations, we expect a winning performance from the guests Feyenoord on Thursday.