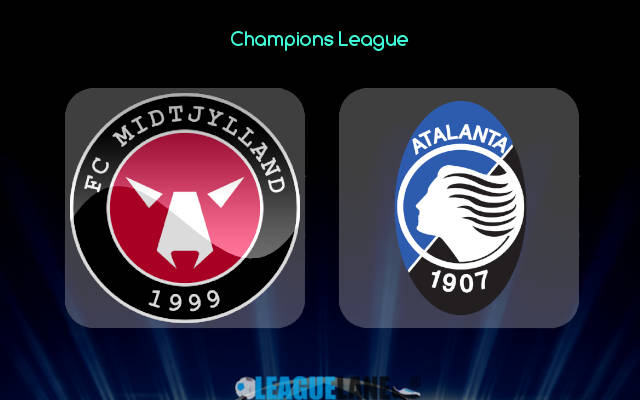 The most prestigious football club competition in the world is finally back this week and we are having a couple of debutants.

Champions of Denmark, team Midtjylland have made their historic placement into the group stages and they will play the first UCL match on Wednesday night at home venue against Atalanta.

The team from Bergamo has been playing incredible football in the last sixteen months, even making it to Champions League quarter-finals a couple of months ago. They have been also dominant in Serie A, scoring 98 goals in the previous campaign.

Obviously visitors were granted the role of favorites, currently priced at 1.50 odds to conquer Herning and MCH Arena.

There were no previous head to head meetings between Midtjylland and Atalanta.

In case you are not following Scandinavian football, Midtjylland actually have very similar playstyle as Atalanta. They are mainly focused on offense, usually starting with very aggressive formations.

Their last three games for example ended Over 3.5 goals against Slavia Prague, Horsens and OB Odense.

The 22-years old midfielder Anders Dreyer has been the key player for the Bears in the last couple of months. He scored two domestic goals and provided a couple of assists for teammates as well.

Overall, Midtjylland’s expectations from the first UCL experience are low. They are placed in group of death with Ajax and Liverpool, so even a 3rd place would be great.

Atalanta’s 100% win rate in Italian Serie A was ruined during the last weekend. They were shockingly defeated on the road against Napoli 1-4 FT, conceding all four within 20 minutes.

Atalanta scored 14 goals in those duels, so we are expecting to see nothing less but a high scoring affair in Herning.