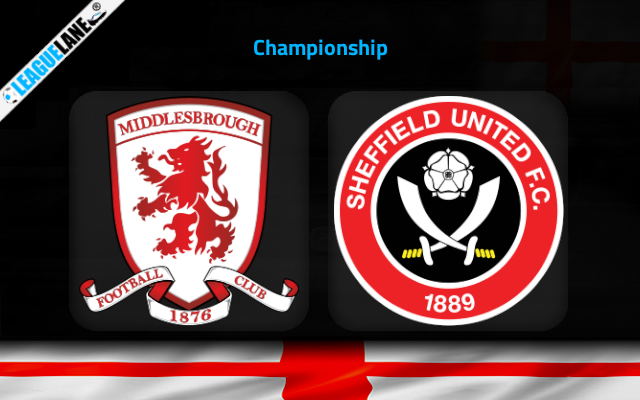 Middlesbrough faced some decent clubs like Marseille, Morecambe in their recent friendly outings. They have succeeded in sealing positive outcomes in most of those. Their offensive and defensive line-up delivered impressive performance throughout the pre season matches.

Meanwhile, Sheffield United faced some first division outfits across different European leagues in the friendlies. Even though they lost in most of them, we can see them delivering competitive displays. They followed the above to face their opening Championship fixture this season.

The Boro’s had an average form throughout the past Championship season. As a result, they failed to enter the safe zone spot for the difference of 5 points at the end of the season.

They started off this season with the same inconsistency. Middlesbrough drew one and lost one of the two league fixture this campaign. The home advantage if the key for Middlesbrough as they won three of the past five here.

On the other side, Sheffield were having a decent form throughout the past Championship season. As a result, they succeeded to enter the safe zone spot of the table at the end of the season.

Anyways, they started off this season with an inconsistent recording. On the road, they are currently having a poor form with a losing streak of three games.

Considering all the above stats, we are expecting a win for Middlesbrough against this Sheffield United side.