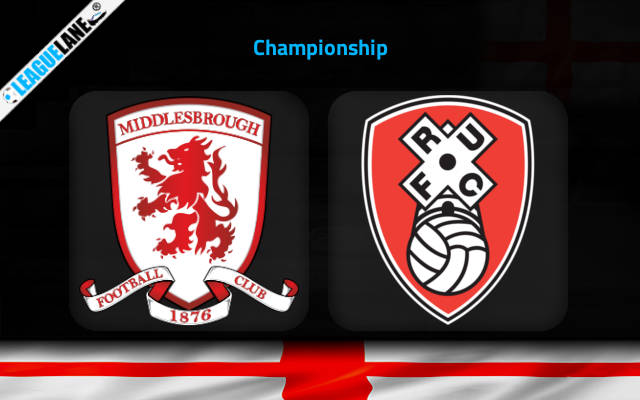 Middlesbrough will try their best to forget the last season because the seventh-place finish did not secure them a place in the Championship playoffs.

Going on, Middlesbrough follows an inconsistent form to enter their next Championship fixture. They started off winless this season. Their dismal form at the beginning of the season is much displeased.

The past season saw their defensive side leaking goals in huge numbers. They were struggling with the same at the beginning. And its maintained the same till now.

They had allowed a two goals each in 2 of their previous 3 league fixtures. This defensive slump had caused their momentum. A victory is often covered by a sudden defeat.

They are on a good stretch of performances lately. From the last 8 league matches, the team has got three win, four draws and one defeat.

The Millers conceded only 6 goals so far in this season. However, their form is bit worrying lately.

The Boros has been struggling with their defensive line at home lately. They had let in a total of 6 goals in the previous 4 fixtures in front of their home crowd.

On the other hand, Rotherham is yet to seal a win on road trips in this season. They drew two and lost one of their 3 league fixtures and had allowed 4 goals in the process.

Also, Only one of the total 4 h2h clashed between these two rivals at this venue saw three or more goals scored. Hence, we like the Under 2.5 goals ft as a betting option along with the Both teams to score bet at the 1.86 Odds.