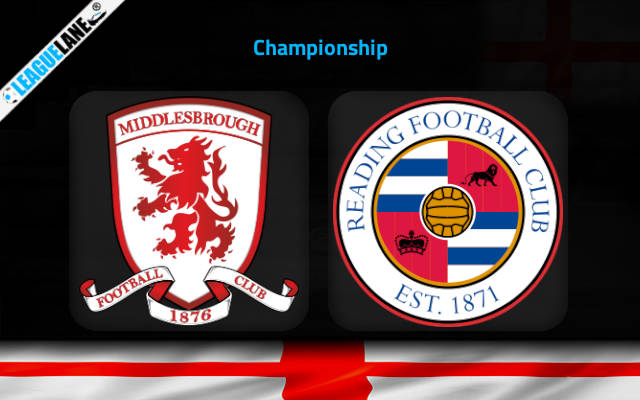 In game week 27 of Championship, Middlesbrough faces Reading for their next match on Saturday at Middlesbrough.

Middlesbrough has packed yet another win to their tally after their match in FA Cup against Mansfield Town. They won the match after scoring a goal in the last minute. The match ended with 2-3 FT score.

Reading is in the 21st position on the league table with 22 points from 24 matches. In their last match against Fulham, they faced a devastating loss. Fulham scored seven goals while defending their post from any goals by the opposition. The match ended with 0-7 FT score.

Middlesbrough has performed well in the season and has played exceptionally well in their most recent matches. They have a win- streak on the go and will look to keep it up. Reading, on the other hand, is on the verge of relegation zone and has not exhibited good form in this season. Middlesbrough is the best team of the two and has more chance to win the next match.

Middlesbrough has the advantage of playing in their home ground where they have played well in this season. They have scored in most of their matches and will do so in the next match as well.
I believe Middlesbrough will win the match and has a good chance in keeping a clean sheet.