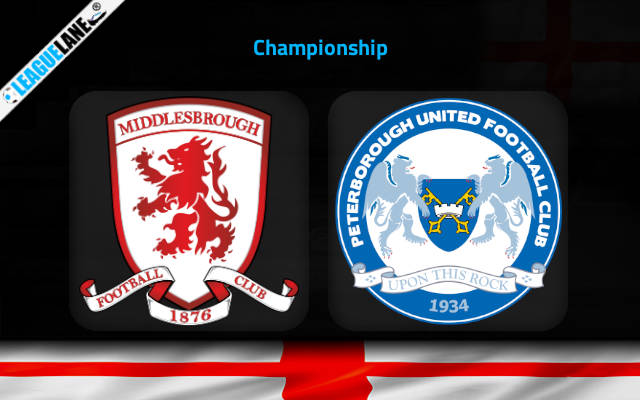 Peterborough after an 8 year long stay in League One the third division of the English football system, was promoted to the Championship at the beginning of the season.

They would look to win some points in their quest to stay up in the Championship with a result over Middlesbrough this weekend. Read our preview and predictions with the best tips here.

Peterborough has won just 2 games all season, and only one in their last 9 games. They have added only 4 points in their last 8 games. With just 8 points to their tally, they sit 23rd in the table, with only Derby County behind them (after points deduction).

They have conceded the most goals in the league and as a result, have the worst goal difference in the table. They average 1.35 goals scored per game this season.

Middlesbrough has managed only 2 wins in their last 9 games, and have 3 losses in their last 5 outings. They need to keep it tighter at the back if they want to have any chances of climbing up the table, as they have conceded more goals than they have managed to score.

They have won just one game at home this season managing a couple more points through draws. With 3 wins and 3 draws to their name, they have added 12 points to their tally.

Boro despite not being in the best of forms have enough quality to win 3 points at home.

The Posh on the other hand is unlikely to win any points away from home however, they could get on the score sheet, against a shaky home defense. Expect a win for the hosts and BTS is a fair shout.

Tips for Middlesbrough vs Peterborough