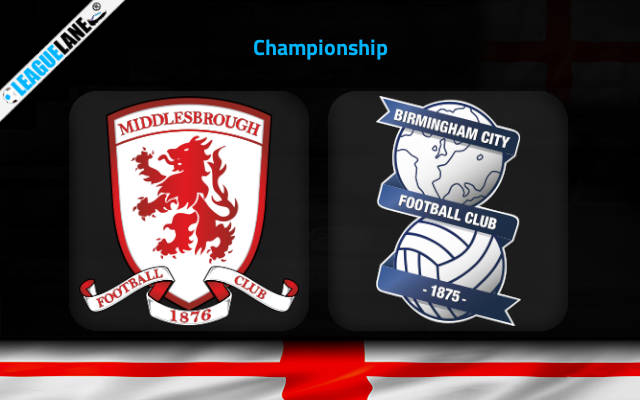 Two bottom side clubs namely Middlesbrough and Birmingham will go head-to-head this week at the Riverside Stadium for Matchday 12 of the EFL Championship.

The host are on a three-game winless run. In their most recent match, they lost to bottom-most club Coventry by 1-0.

The team is currently at the 22nd position on the table. It has been nearly a month since the host won an EFL championship match. Moreover, they have lost five games so far.

Meanwhile, Birmingham played one of the best games this season as they managed to hold leaders Sheffield United by 1-1 most recently. In that game Troy Deeney scored the equaliser in the 70th minute of the game.

Following this result, the team is at the 15th position on the table. Do also note that they are on a four-game unbeaten streak.

By the looks of things, we can expect John Eustace’s side to win this fixture. As the opponents are struggling this season.

It is worth knowing that the host are on a three-game winless streak. Also, they have conceded four goals in their last three matches.

This upcoming fixture is crucial for Chris Wilder’s team. If they secure a win, it will help them avoid staying in the relegation zone.

Do also note that the visitors have finished their last two consecutive outings in a stalemate. Also they have scored only nine goals this season, this is something John Eustace will be concerned about.

Therefore, our prediction is that be Correct Score will be Birmingham 1-0 – at 13.00 odd. This is after considering that the visitors are on a two-game winning streak at Riverside Stadium. Moreover, in the league they are on a three-game unbeaten streak.

Also, our next tip for this game is that Birmingham will keep a clean sheet – at 5.00 odd. In the last two consecutive meetings at Riverside Stadium the visitors have kept a clean sheet.