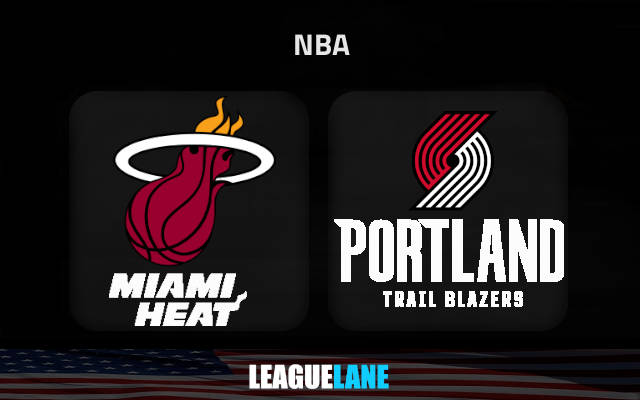 Portland Trail Blazers are hoping to maintain the unbeaten record on Wednesday night when they host Miami Heat at Moda Center.

Miami Heat opened the season with a 1-3 record and they will face hard times trying to improve it on Wednesday evening against the red-hot Blazers away at Moda Center.

The Heat’s lone win came on Saturday in the home match against Toronto Raptors. However, they then went on to suffer a 90-98 home loss to the same rival two days later.

Miami have problems to move the ball around offensively at the beginning of the season. They only had 17 assists collectively in the mentioned defeat to the Raptors and the field-goal percentage was lower than 35% as a consequence.

Knowing that the Blazers have improved their defensive displays drastically compared to the last season, we can hardly see a bounce-back win here for Miami.

Portland Trail Blazers are in dream land after the opening week

Portland Trail Blazers are definitely the most pleasant surprise at the beginning of the season. To go 4-0 after a horrendous preseason takes something special indeed.

The Blazers do have that something special in terms of the team chemistry and the connection between Damian Lillard and Anfernee Simons in particular.

This duo has been the best backcourt duo in the league in the opening week of the season. Simons fired six third-quarter three-pointers in the 135-110 drubbing of Denver Nuggets at home on Monday.

Lillard has scored 41 points in each of successive wins over the Suns and the Lakers. Jerami Grant and Josh Hart are fantastic at both ends of the floor. We can’t wait to see whether this form is sustainable for Chauncey Billups’ side.

The Blazers are firing on all cylinders

Who can bet against the red-hot Blazers at the moment? We once again expect an electrifying atmosphere at Moda Center. Knowing the Heat are 1-3 so far in the season, we will take Portland Trail Blazers to win at the -110 odds. Another great pick is Anfernee Simons Over 18.5 points at the -110 odds, following his phenomenal display against the Nuggets.