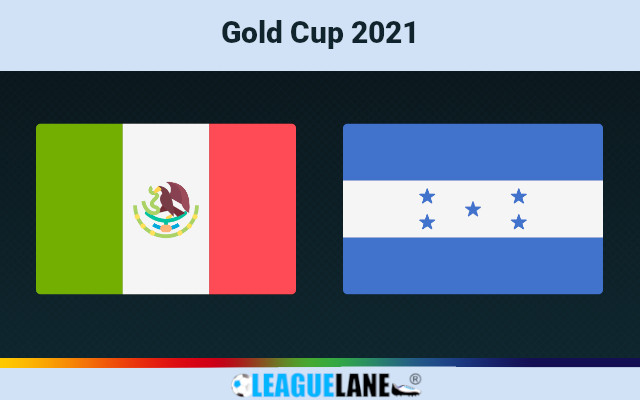 Defending champions Mexico take on Honduras as hot favourites to advance to the semifinal of the 2021 edition.

The El Tri had it easy in the group phase with the likes of El Salvador, Guatemala, and T&T in the mix. They managed to qualify as group winners with back-to-back wins after a drab goal-less draw against Trinidad in the tournament opener.

On the other hand, Honduras started the campaign in stunning style beating Grenada 4-0 before edging Panama in a high scoring thriller 3-2. Their strong run came to an end against Qatar on final group game by 0-2 score and they rarely had a sniff at the defending Asia Cup champions.

The Los Catrachos generally make deep runs in the competition, however this time they have a very inexperienced side. They are hardly a match for the Mexicans in Sunday’s duel and the bookies have rightfully priced at 8.00 odd to mount a huge upset.

The teams last met in a friendly in June and the match ended in a goal-less draw.

Mexico are dominant team in the recent h2h matches against Honduras having won 4 of the latest 8 alongside 3 draws and a loss.

It is also worth to note that Honduras managed to score in only 1 of those game, it was a home fixture they won in 2017 by 3-2 margin.

Without a doubt, Mexico has one of the most balanced side in this year’s Gold Cup and they are our analyst’s favorite to win this quarter final tie by a big margin.

Though, Honduras has a decent record against CONCACAF member teams, but they rarely troubled the likes of Canada, Costa Rica, Mexico or USA during this period.