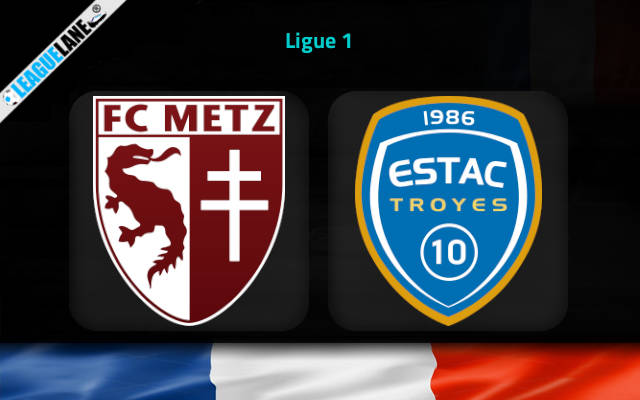 Metz are yet to win any games this season after 4 matches but they have only lost once and have drawn three games. Their last encounter finished in a 2-2 draw with Clermont and given that Clermont have started the season strongly this was seen as a good result.

Metz are in 15th place and the worry for them is that on average they are conceding 2 goals a game.

Troyes were celebrated at the beginning of the season for only losing 2-1 against PSG and made the Paris team work very hard. But since then they have been poor and are bottom of the league now.

Troyes have lost 3 of their four games and their last one was against Monaco who themselves have struggled in this campaign.

Metz vs Troyes: Head to Head

We have two teams who come into this game with little confidence and we do not expect to see a game high on quality here.

A win for either side would be huge but this could be a very tight game as history suggests and there have been repeats of 1-0 score lines. A piece of magic or just plain luck could settle this tie and we certainly do not expect to see many goals here.

We will back Metz for the win given how poor Troyes have been and they are already contenders to be relegated from Ligue 1 this season. This could be a good chance for Metz to get their first win of the season and being at home they really have no excuses to do so.