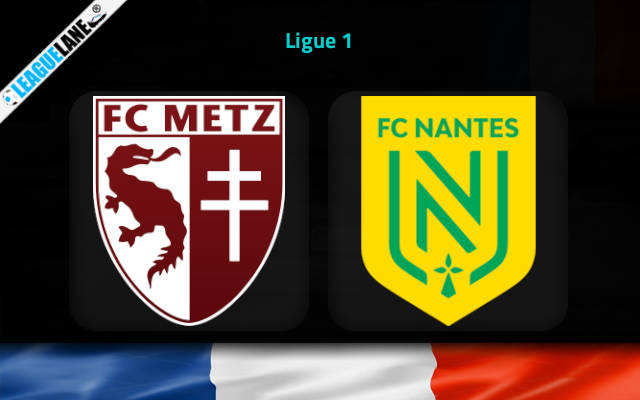 Metz are in a proper dog fight against relegation along with the bottom quarter of the French top division. None of the teams are seeming to break away from the relegation picture nor have any team suffered a significant losing streak to fall out of the race for survival.

They were last seen in an away fixture against defending champions and current 11th place holders Lille. The match ended in a draw with neither team being able to get on the score sheet.

This was their 2nd draw in four league matches. Managing to add a point on average from their past five league matches, they now occupy 19th position in the league standings, level on points with the 20th, 18th and 17th place teams.

Nantes are delivering consistent performances and have made their presence known to teams who currently occupy the top five positions in the league. Having survived the drop to Ligue 2 through playoffs last season, they are surely contenders for Europe this time around.

In their most recent fixture, they handed PSG, arguably their most damaging loss in years in the league, by taking all three points from them at home in a 3-1 win.

This marked their 3rd win in four league matches. Having also registered a loss in those games, the club is now 7th in the league, two points behind a spot in the Conference League qualifiers.

The visitors have taken seven points in their last five league matches on the road. With such a form they should be able to take all points against a club that has won just once at home in the league since January 2021.

The away side has scored exactly once in eight fixtures on the road this season already in the league and have had a fair bit of success in those games. Hence, I have backed the below mentioned score for this fixture.