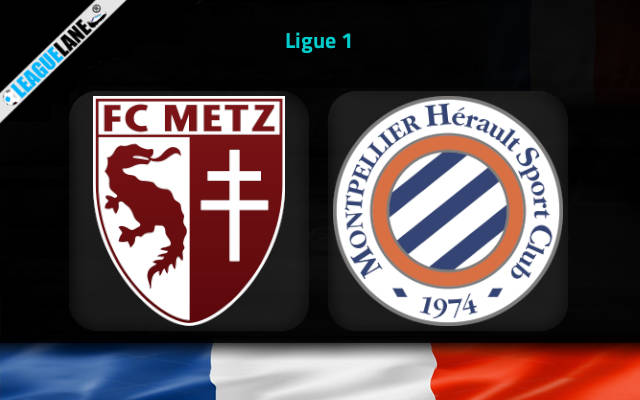 Metz will go into this in much higher spirits and we can hardly see them dropping the ball here against Montpellier. That said, we would not be entirely shocked to see the away win coming at the end here. The Under 2.5 goals FT is by far the best betting suggestion, though.

Metz celebrated only their second win of the season on Saturday evening when they stunned the second-placed Nice 0-1 away at Allianz Riviera.

The team’s two best players Nicolas de Preville and Fabien Centonze combined for the only goal of the game in one of rare situations in front of Nice’s goal on the occasion.

The head coach Frederic Antonetti can be thrilled with a stunning performance from his back line in such a tough fixture.

Metz limited the likes of Nice to just two shots on target on Saturday. They thus made it four successive league games without a defeat.

Metz moved away from the very foot of the Ligue 1 standings after the weekend’s victory and they will be highly motivated to back it up four days later when Montpellier come to visit Stade Saint-Symphorien.

The visitors will enter the match in a completely opposite mood, following back-to-back defeats to Rennes and Lyon.

Montpellier have not scored a single goal in the process. They generally switched to defensive-minded football of late.

This is why none of the last four games they played in the Ligue 1 saw three or more goals scored.

Tips for Metz vs Montpellier