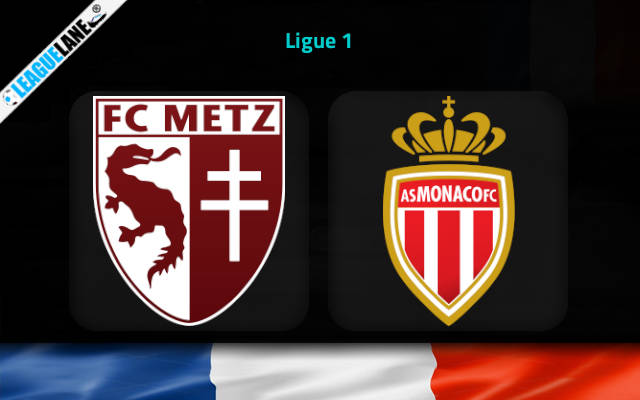 Metz produced their worst performance of the season just before the international break when they suffered a demolishing 6-1 defeat at Rennes.

The team led by Frederic Antonetti faced as many as 21 attempts while offering no more than two at the opposite end at Roazhon Park.

They are in a very tough position standing second from bottom in the Ligue 1 table with as many as five points between them and Clermont Foot in the safe zone.

Metz have won only four games since the beginning of the season. Just one of these four came at Stade Saint-Symphorien where Antonetti’s troops will face Monaco on Sunday afternoon in Gameweek 30.

To make things worse for Metz, Monaco will enter the tie in the highest of spirits after providing their very best display of the campaign two weeks ago.

Monaco shocked star-studded PSG 3-0 at Stade Louis II as Wissam Ben-Yedder starred with a brace while his attacking partner Kevin Volland added a goal himself in the previous round’s tie.

It was only the second win in the last nine games in all competitions for Philippe Clement and his men who are still eight points below the Champions League positions.

If they want to keep even this slimmest hope of finishing inside the top-three at the end of the season, they need to beat the struggling Metz side on Sunday.

Metz have scored just two goals in the last eight Ligue 1 affairs. They have a dreadful home record with 1 win in 14 league outings at Stade Saint-Symphorien and they will come into this off the back of a terrible performance in a 6-1 catastrophe at Rennes.

This should be Monaco’s route all the way from the start as we expect the visitors to take advantage of the momentum gained from the 3-0 thumping of PSG in the previous round. The away win is paid at the 1.53 odds.