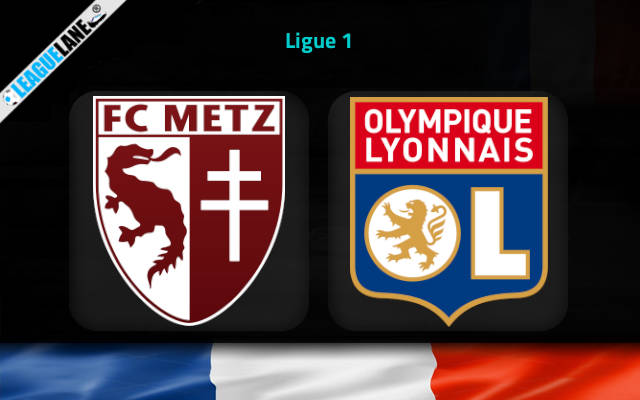 Lyon demolished second-placed Marseille 0-3 away at Orange Velodrome to extend their fine spell of form and pick up their third win in the last four league games.

Both strikers, Moussa Dembele and Karl Toko-Ekambi, were on target on the occasion. Lyon have generally found their shooting boots of late since they notched three or more goals in three of the previous four league outings.

The team led by Peter Bosz bagged as many as eight goals in the last two Ligue 1 wins over Montpellier (5-2) and Marseille (0-3).

Les Gones will have a nice opportunity to maintain their scintillating attacking form on Sunday when they travel to Stade Saint-Symphorien to take on Metz in Gameweek 36.

Metz are in a very tough situation going into the last three matches of the season. They are six points below Saint-Etienne who hold the relegation playoffs place and they have to face the likes of Lyon and PSG in two of the remaining three outings.

Frederic Antonetti’s men missed a big chance to pick up a precious three-pointer seven days ago when they conceded two late goals, including the stoppage-time equalizer, in a 2-2 draw away at Montpellier.

Metz have won only 1 of 17 league games on the home patch since the beginning of the season and they own the division’s worst attacking record with 31 goals scored in 35 games.

Lyon notched eight goals in the previous two wins over Montpellier and Marseille. They are up against the weakest team in the league on Sunday.

We’d be surprised with anything but a comprehensive victory for the visitors here. You can back Lyon to win by two or more goals difference at the odds of 2.05.