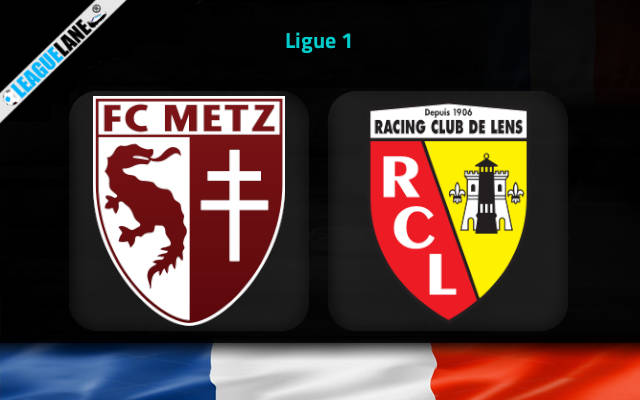 Game week 28 brings us the match between Metz and Lens on Sunday at Metz.

Metz played their last match against Saint-Etienne, in which Saint-Etienne secured the win. Etienne score the one and only goal in the match in the 52’minute and kept the lead until the end.

Lens played against Brest in their last match. Brest score their goal in the second half of the match and maintained the lead until the end of the 90. The match ended in a loss for Lens with 0-1 FT score.

Their loss in the last match has stopped the team’s unbeaten streak of three games. From the last ten matches, the team has scored in seven of them and has found wins in four of them. The team currently sits 10th on the league table with 40 points from their matches.

Even Metz’s home matches have not been as productive as they had hoped it would be. They are on a cold streak in their last four matches. Lens similarly has exhibited a poor performance in their road trips. However, they have secured two wins in the last five road trips.

I believe the match is more likely to end in a win for Lens because they have played better than Metz in their recent matches. Metz has not penetrated their opponent’s defence in the last three matches. So there is a good chance for the match to end in a clean sheet for Lens.