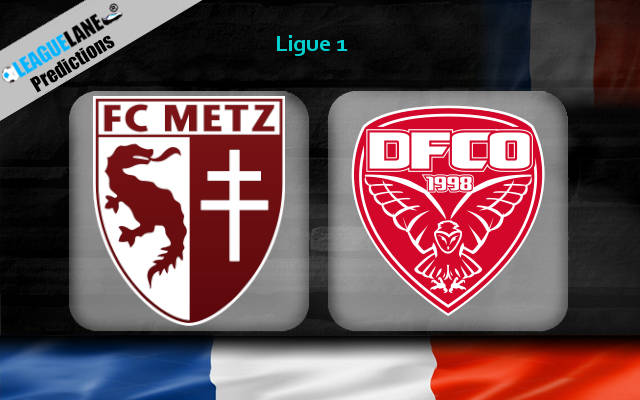 It was a surprise to see Metz coach Vincent Hognon leave his post because the club has started the season well. They are in seventh place and just one point from 5th. They have won 4 games this season and are on a great run with no defeats in their last five games.

Metz will be the favourites to win at the weekend as they face the club in bottom place who have failed to win so far this season. Metz could move to 5th with a win and at home they have the sixth best record in the league and have won their last 3 games here in a row.

Dijon remain bottom and last weekend they drew 0-0 with Lorient. Losing runs have stopped for the club as they have picked up three draws in their last five games but they are still waiting for their first victory of the season.

On the road Dijon have lost every game that’s zero points from a possible 12 and they have scored just one goal and conceded 12.

Metz vs Dijon: Head to Head

Metz are in a good place because even though Hognon has left the club they are getting their former coach back in Frederic Antonetti.The president of Metz has been pushing for this and it has been reported that Hognon actually left the club on good terms, so the players will mostly be unaffected by this.

Metz should be able to ease to victory but Dijon have risen to the occasion away from home when they have had to. Not that they have won a game doing so, but they have tried to defend in high numbers and frustrate teams.

However it is hard to go against Metz who have the confidence of a very good start and are at home and we will be backing the home side to get all three points at the weekend.