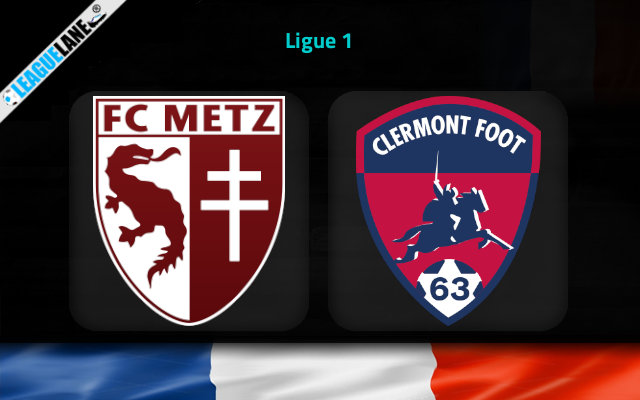 Metz with consistent negative recordings, remains at the rock bottom of the table with a total of 23 points collected from the 31 league fixtures so far. They have the worst form of this season and will be having lack of motivation.

Metz lost 3-1 to Bordeaux on road in their most recent league fixture. It was their 10th consecutive winless match since their 0-1 victory against Reims Mid-January. They will be having lowest of spirits following such a set of unimpressive recordings.

Meanwhile, Clermont are at the verge of the relegation picture. They have been following a pathetic form in the league lately. Their pathetic offensive and defensive line-up adds more to their disappointment.

Clermont face a demolishing 1-6 defeat at home against the French Giants PSG in their most recent league fixture. Before facing the above defeat, they were following a streak of four straight league defeats. Hence, they too seems to have lost their spirits and will enter with lowest of expectations.

By the looks of things, both these outfits possess a similar state in the league of late. It would be interesting to see the outcome when both these Ligue 1 outfits meet in low-profile league fixture at Stade Municipal Saint-Symphorien on Sunday.

Neither of these two outfits are enjoying a decent form in the league since the beginning. Analyzing all the above stats with their recent recordings at respective patches, we see backing the draw option as an ideal conclusion.

On top of that, their recent head to head clashes shows us that they both share an equal strength. Therefore, we are left to back a score draw option for this one.