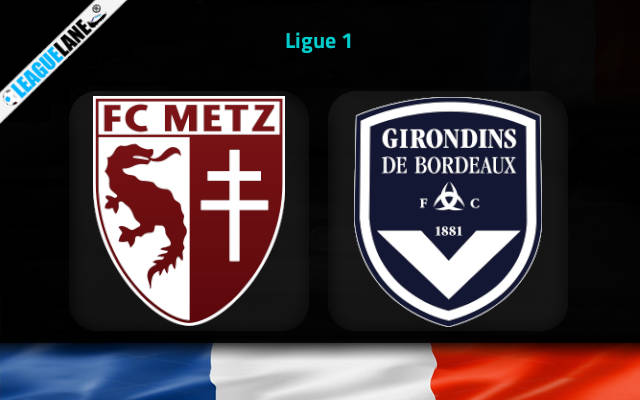 Metz and Bordeaux achieved mid-table finishes last season in Ligue 1, this time around 13 games into the league campaign the teams find themselves in the thick of a battle against relegation.

The teams are set to fight it out for valuable points in their quest to stay up in Ligue 1 at the Stade Saint-Symphorien this Sunday. Read our Preview, Predictions, and Betting Tips with Analysis here.

Metz vs Bordeaux Prediction and Analysis

To say the hosts have had a disappointing season is an understatement as the team has lost 7 games with just over a third of the season behind us. The team lost just 11 games in the entirety of the previous season, this shows the magnitude of their fall from grace. They have added 8 points through a win and 5 draws.

The Girondins’ drop in form was evident from the beginning of the season as they failed to win any of their opening 5 games in the league. Crucial draws against certain teams throughout the season have put them 4 points clear of the hosts.

A spirited run from here on could still land them in a respectable position as just 6 points separate them from 8th place Strasbourg.

While both teams have struggled for points so far in the season, the visitors away form has been terrible with just a win on the road this season. The hosts meanwhile have avoided defeat in their last 2 games and with the home advantage, should just about be able to get the job done.

The teams have conceded the joint-most number of goals this season but have bagged a fair amount of goals in return. Do not expect clean sheets from either side.