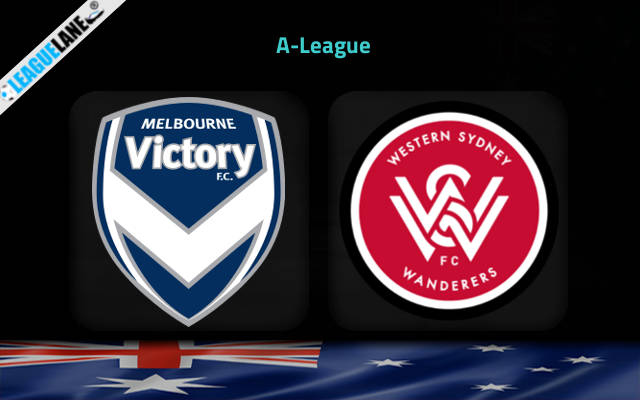 With a 4-game unbeaten run in the league, Melbourne Victory will be hosting the Western Sydney Wanderers who are also on unbeaten run since the last 2 league fixtures to lock horns this Sunday at the AAMI Park for the 20th Round of A-League.

The Boys in Blue are currently in the last spot in the Quarter-finals with 23 points so far. They won 6 times from the 15 games played but are without a win since the last two league schedules. They have been conceding quite often with an improvement in defense is needed.

Melbourne Victory drew their last two games against Central Coast Mariners ans Melbourne City, both by 1-1 margin. They have seen their defense breached in 5 of their previous 6 matches, giving up 7 goals along the way.

Western Sydney Wanderers are level on points with Central Coast Mariners tallying 19 from the 17 games played so far. They have the second highest losing figures in the league with 8 losses while winning only 5 times in total.

In their previous fixture, the Wanderers drew 0-0 in the A-League tie against Adelaide United. They have the second highest conceding numbers in the league with 24 showing their far from perfect defense.

Previous matches between the two had averaged 2.85 goals while BTTS has happened 50% of the time.

Western Sydney Wanderers lost 4 times from their last 5 away games while previously securing a long awaited away win after 7 fixtures. Meanwhile, the hosts come into this game on the back of 2 previous home wins.

Even if both teams are not always blessed with a great offensive sides and their average nature in the league, we back Melbourne Victory in this game as they are unbeaten in 75% of the games played at home.