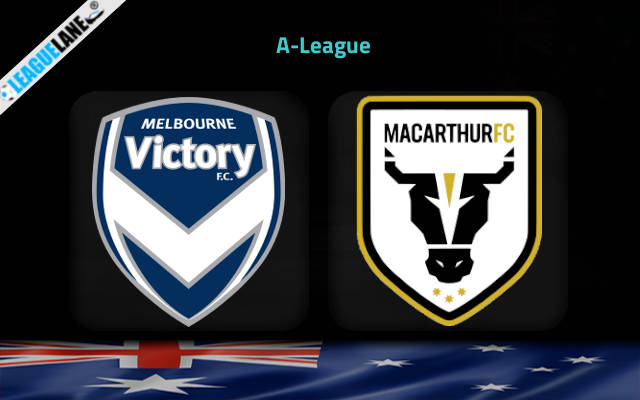 Melbourne Victory play host to Macarthur in the first and also one of the most exciting fixtures of Gameweek 17 in A-League on Friday at AAMI Park.

The visitors are one of the most pleasant surprises of the season and they currently sit at the third position in the league ladder.

Macarthur will go into this tie on a high following a streak of two wins and a draw in the last three matches.

The team led by Ante Milicic have played some high-scoring affairs of late. Six of their last seven A-League outings this saw at least four goals scored.

This stretch includes the last weekend’s 2-2 draw away at Newcastle Jets. Macarthur had advantage on two occasions in that game but they did not manage to hold on either time, eventually shipping a late equalizer which came as a consequence of the Liam Rose own goal.

We have enough reasons to expect the end of a high-scoring trend in Macarthur’s games here because Melbourne Victory have favored completely opposite playing style of late.

The hosts were not in action last weekend. They saw off the last-placed Central Coast Mariners 1-0 at home in the previous game played on February 19th.

We saw only three shots on target in total by both teams in that game. Also, it is worth noting that just one of the last four matches Melbourne Victory played saw three or more goals scored.

Macarthur will come into this in much higher spirits and we see great value in backing them to claim the spoils at the 3.50 odds knowing they have also won both of previous season’s head to head games against Melbourne Victory.

You can also try with the Under 2.5 goals FT bet at the 2.10 odds since Melbourne Victory have been playing tight defensive-minded football recently.