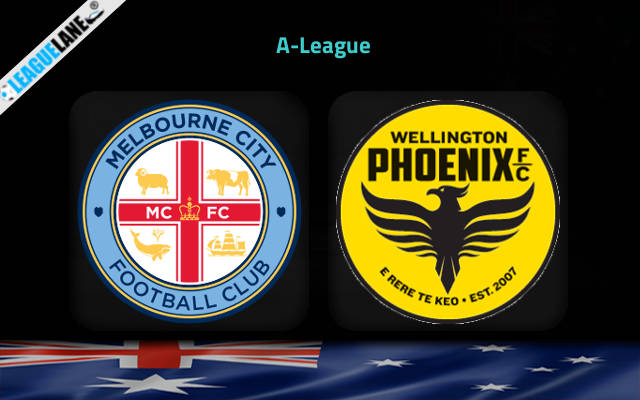 After losing back to back league schedules, Melbourne City is looking for a win as they might lose their top spot. They will be hosting the mid-side Wellington Phoenix at AAMI Park this Sunday.

Melbourne City is leading the A-League table with 46 points from 25 games. They won 13 times in the league while drew on 7 and lost on 5 other occasions. The hosts have a solid offensive side with netting 53 goals in total which is the league best so far. They however slipped momentum as they now have only a single point lead at the top.

Melbourne City will be hoping to return to winning ways here following a 2-0 league loss in their previous game against Perth Glory. Things have not been going that well in front of goal for City recently, with the side failing to score in their previous 2 games.

On the other hand, Wellington Phoenix resides at the 6th position on the table with only 39 points. Of the 25 matches played, they won 12 times in the league while drew on 3 and lost on 10 other occasions. The visitors need to to improve up their defense as they have been conceding goals recently.

Wellington Phoenix will go into the encounter following on from a 1-2 A-League win against Western Sydney Wanderers in their most recent game. Ufuk Talay’s men have seen their goal attempts be successful a total of 9 times in the course of their previous 6 matches.

Melbourne City haven’t lost in the league to this visitors in their last 3 matches. They haven’t been defeated in their previous 6 league matches held at home. The hosts will need to regain their momentum as they had a slip-up since the previous 2 games.

Meanwhile, Wellington Phoenix haven’t beaten City when they’ve played them away from home in the last 10 league games.

We feel that a home win is likely to occur this Sunday as they have been remarkable at home this season.