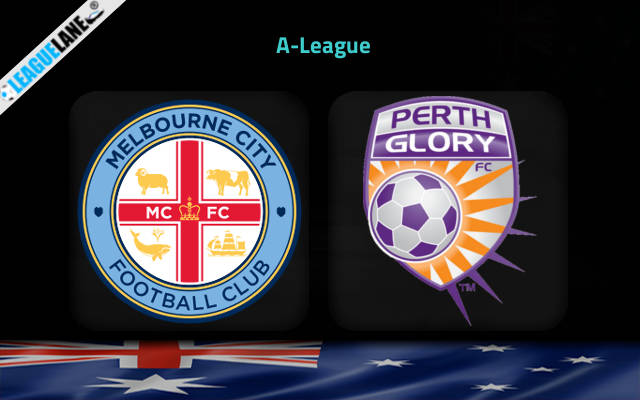 In game week 13 of A League, Melbourne City faces Perth Glory for their next match on Sunday in Melbourne.

Melbourne City’s failure to score in their match against Western United has resulted in a loss for the team. United scored a goal in the 71’-minute of the match taking the lead and remained in the head until the end of 90 minutes.

Western Sydney Wanderers scored in the first half of the match against Perth Glory and took the lead. Wanderers’ play style helps the team to play offensive well all while defending their net from the opposition. Perth couldn’t score in the match ending the game with 0-1 FT score.

City has played nine matches so far and has kept their form constant. They have won in three of their matches and have only lost in two of them. Anyway, with the loss in the last match, their unbeaten streak of 5-games has ended. City is unable to keep the lead in their matches. The opposition will score in the last minutes of the match, levelling the scoreboard. Most of their draws happened in similar manner.

The constant form City has kept in their matches has given the team a better chance than The Glory in the match. Their last five matches have ended with over 1.5 goals as well. However, their only drawback is their failure to stay in the lead in most of their matches. A last-minute goal from the opposition levels the match.

Melbourne City has the advantage of playing in their home ground. Perth Glory’s recent away matches have not given the best results. In the matches the team has lost, they have failed to score as well. So, I believe the match will end win a win for Melbourne City.