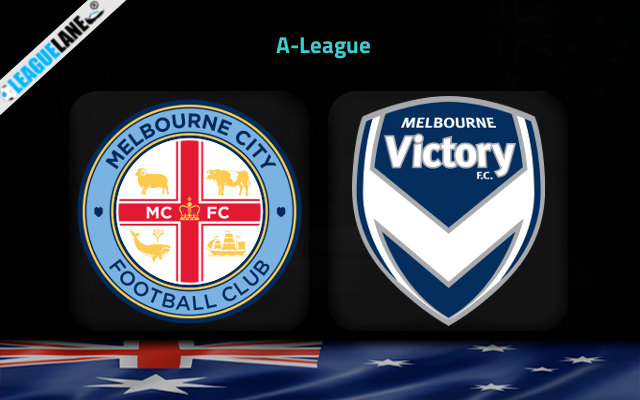 Melbourne City FC vs Melbourne Victory Predictions and Free Tips from our expert tipsters when the teams go head-to-head in the Australia A-League on Saturday, 17 December 2022.

Melbourne City had an impressive start to this season. They recorded five wins and a draw in the opening six fixtures and have climbed into top spot in the league standings. However, they lost to Sydney FC in their previous league outing.

They will be hoping to bounce back from that defeat on Saturday when they faces Melbourne Victory, who is having an inconsistent form in the league since the start.

The past two overall wins in the Melbourne Derby was evenly split, with one each for both sides. Their recent clash had finished in a 0-2 win for Melbourne City.

At this stadium, the hosts are undefeated in the previous four encounters against Melbourne Victory. Four of the last five meetings were high-scoring affiars.

Who will win the match between Melbourne City FC vs Melbourne Victory?

Melbourne City’s impressive start at the beginning of the campaign inclines us to think that they will possibly seal a win on Saturday at AAMI Park. Moreover, they are having a three-fixture unbeaten streak at home.

Since Melbourne Victory is winless in two of the last three road trips and the recent h2h tradition against City at this stadium, expect a victory for City Blues.

The past four matches played by Melbourne City saw the landing of over 2.5 goals. Their impressive attacking side is the main reason for recording high-scoring matches.

Melbourne Victory on the other side are having an average attacking side but looks capable of scoring at least one. Therefore, expect this fixture to have over 2.5 goals ft.

One-sides affairs are too rare in the long tradition of this derby. Since we expect a high-scoring affair with the involvement of both the sides, expect this match to have goals from both ends.

Considering all these observations, we like to back Melbourne City to win at 2.10 odds as the main bet.

For the second tip, over 2.5 goals ft at 1.80 odds seems to be an ideal option since both these sides has recorded high-scoring affairs consistently in the past.