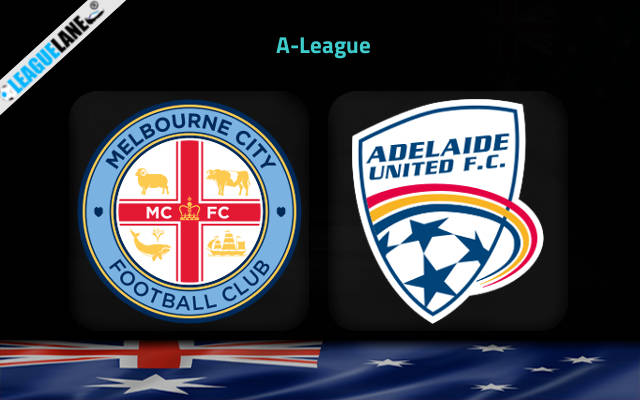 The A-League is back in action with the second-leg of semi-final this week as Melbourne City take on Adelaide United this Sunday. The two teams have a point to prove in this fixture as they battle it out at AAMI Park.

Their first-leg of semi-final meeting which took place on Wednesday, finished up with the two sides drawing at the end of 90 minutes at Coopers Stadium. Adelaide United had more possession in that game but City had more goal attempts and shots on target, unfortunately they couldn’t convert any of those and thereby ended on a 0-0 scoreline.

The defending champions have been the most consistent team this season. They finished at the top of the table with 49 points from 26 matches and qualified for the semi-finals directly. The hosts will be more focused on retaining their crown this season and this could be their advantage as the second-leg is fixed at AAMI Park.

On the other side, Adelaide United had to go through Play Offs to qualify for the semi-finals as they finished 4th in the table with 43 points from 26 matches. They have been in great form in recent matches as the South Australians had won 6 successive matches before that goal-less draw with Melbourne City the other day.

After their previous 0-0 draw, both sides will be cautious here as this is their last opportunity to get into the finals.

The defending champions have had their problems over the past month but have been largely impressive this season while the visitors have bagged 6 wins in their last 7 matches and continues to be in a great form.

Melbourne City will be the favorites for this one as they have gone through this situation before and has the added advantage of home support.