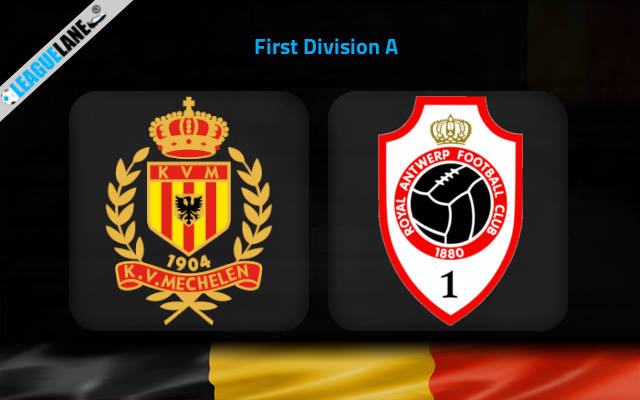 The first round of Belgium Jupiler League is set to kick-start this week as KV Mechelen host Antwerp this Sunday at AFAS-stadion Achter de Kazerne.

KV Mechelen have won 4 Belgian championships and two Belgian Cup, as well as the 1987/88 European Cup Winners’ Cup and the 1988 European Super Cup. They finished last in the Conference League group, last season with 30 points. Gent remained as the only side among the group to advance to the Europa qualifiers.

The hosts enter this fixture following a 3-4 defeat against Wolfsburg in their last club friendly game. Over their last six fixtures, Danny Buijs’s men have scored a combined total of 5 times which gives them an average number of goals per match of just 0.83.

On the other hand, In August 2020, the Great Old won their first major trophy in nearly 30 years when they upset league champions Club Brugge in the final of the Belgian Cup. From that year onwards Antwerp has been a strong contender in the league. The side finished 4th in the Championship Group, earning a Conference League qualifier ticket.

Antwerp won by 2-1 in their last game defeating Dyn. Kyiv in a pre-season friendly. Over the prior 6 fixtures, they have conceded a total of just 4 while their forwards bagged a sum of 20 for themselves.

Mechelen won the last 3 h2h league meetings in a row. But the side won just once from the last 10 fixtures played across various competitions. The hosts even come here on the back of 2-game winless run at home conceding 4 goals in total.

Meanwhile, Antwerp won the last 2 away games by one-goal margin. They even beat this rival by 4-0 in a friendly fixture, earlier this month. But the visitors lost the last 4 visits to AFAS-stadion.

Considering their previous h2h stats and current form, both sides have mixed results. We however feel that an away win or draw seems likely as the visitors have been excellent in the friendlies.