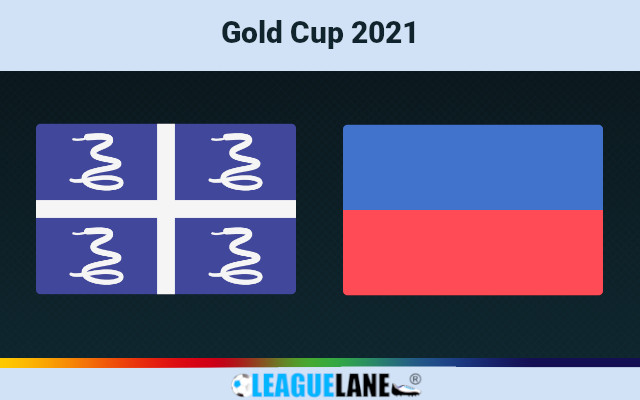 Martinique and Haiti will try to avoid the last place finish in Group B of the Concacaf Gold Cup on Sunday evening when they take on each other in the third round of the competition.

It is fair to say that Martinique and Haiti did not quite have luck with the draw in this term of the Concacaf Gold Cup. They could have hardly expected a serious challenge for the knockout stages in the group with the likes of the United States and Canada.

Pride will thus only be at stake when they come across each other in their last game in the tournament. Both outfits do have several exciting and talented players in their ranks, but they lack depth to challenge strongest Concacaf teams in the latter stages of the tournament.

Martinique thus got off to a dream start of their opening fixture against Canada through their star man Emmanuel Riviere who opened the scoring ten minutes into the game. However, Mario Bocaly’s troops were quickly overwhelmed by the quality, speed, and pace of their rivals, conceding four goals by the end of the match.

Haiti offered a much stronger resistance in the clash against and MLS-inspired United States squad, narrowly losing (0-1) their opening clash despite serious problems with sidelined players. They dressed up just 17 players in the opening loss to the United States and they reported two more Covid-19 cases ahead of the second-round game against Canada.

Much like their counterparts, Haiti also have strong attacking prospects in the likes of Duckens Nazon (Sint-Truiden) and Frantzdy Pierrot (Guingamp), but they also have talent elsewhere in the squad, including midfielders Derrick Etienne (Columbus Crew) and Bryan Alceus (Gaz Metan), as well as defenders Carles Arcus (Auxerre) and Kevin Lafrance (AEK Larnaca).

Out of all these players, only Frantzdy Pierrot was sidelined through Conid-19 protocols in the opening two fixtures. Haiti shockingly reached the Gold Cup semifinal two years ago (lost to Mexico in extra time). They have a much stronger pedigree than their Sunday counterparts and we will back them to pick up the victory at the odds of 2.00 despite mentioned squad issues.

wpDataTable with provided ID not found!