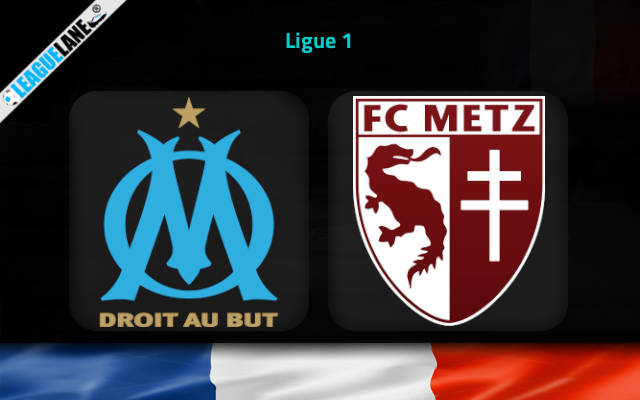 Metz were not pulling up any trees in the last several weeks and they should not harm Marseille at all on Sunday. The hosts are unbeaten in six straight affairs and we expect them to snatch an easy and comfortable victory in front of their crowd here.

Marseille will be heavy favorites on Sunday when they play host to penultimate-placed Metz in the first game of the day in the Ligue 1.

Jorge Sampaoli’s men are unbeaten in the last six games in all competitions, but they’ve only won two along the way.

They played back-to-back draws to Lazio in the UEFA Europa League and went on a run of two wins and draws in the last four Ligue 1 affairs.

Such spell of form keeps them at the third position in the Ligue 1 standings. Marseille are just one point shy of the second-placed Nice and they have a great chance to maintain their high rank with a victory over Metz in Gameweek No 13.

The visitors sit second from bottom in the league table and look doomed to the relegation scrap this season.

Metz have the weakest defense in French topflight. They’ve shipped 27 goals in the inaugural 12 rounds.

The visitors will travel to Orange Velodrome off the back of three defeats and a draw in the last four games.

Metz shipped as many as 15 goals in 6 away games this season. This is more than two goals per game, and we would not be surprised to see Marseille running riot here.

Tips for Marseille vs Metz