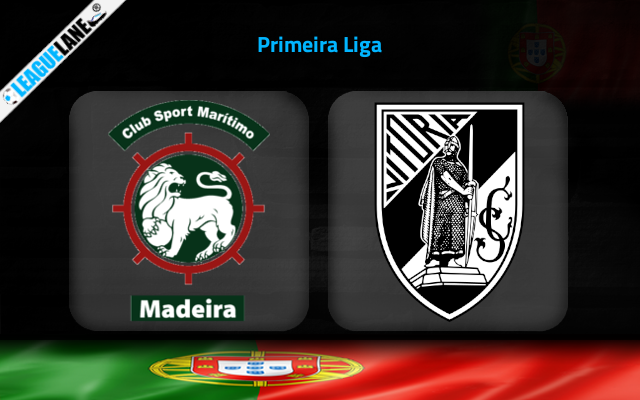 Both Maritimo and Victoria Guimaraes are the two best outfits when compared with every other Primeira Liga clubs sitting outside the top 5 of the table. Both these outfits will meet each other in the 26th Round at Estadio dos Barreiros on Sunday.

Maritimo with average displays from recent fixtures have manage to occupy the 7th spot on the table with 32 points. Like their overall form in the league, they possess an average attacking and defensive lineup.

Maritimo won their most recent league fixture against Moreirense away from home. The match ended in a 0-1 score. With that win, they are now unbeaten in four of the past 5 league fixtures.

Meanwhile, Victoria Guimaraes also possess the similar form of Maritimo. They sits 6th on the table with a total of 33 points. They are 9 points away from the safe zone.

Guimaraes were on the back of three subsequent defeats before recording a win against Famalicao in their previous league outing. They will be hoping to make that win count to move further in the league with consistency.

Maritimo have a seesaw of form in their recent league fixtures at home. They have recorded five draws in the past 10 league fixtures. On the other side, Victoria Guimaraes are following a dreadful form on road in the league of late.

They recorded a goalless draw in each of their past two head to head fixtures at this venue. Their current form in the league also force us to back the draw option as both these teams looks capable of delivering a competitive display.