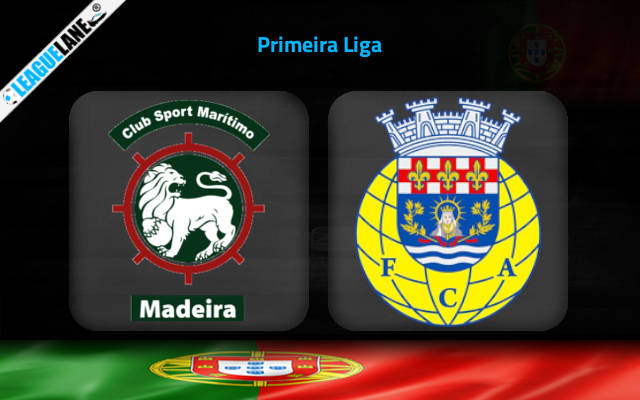 Maritimo and Arouca will battle it out in the fifth round of the new Primeira Liga season on Monday evening.

The hosts are further looking for the first home win of the season. And they are set to host the newly-promoted Arouca side in the fifth round of the competition.

The visitors are yet to avoid a defeat on travels this term, but bear in mind they’ve played the likes of Benfica (2-0) and Porto (3-0) in the inaugural two away matches of the top-flight campaign.

Arouca are struggling to deliver the goods in the final third at the beginning of the season.

They failed to find the net in three of the opening four outings and Maritimo (who generally tend to fancy the defensive-minded approach) should feel good about their chances of a clean sheet on Monday.

Nevertheless, we do wonder whether Maritimo have what it takes to hurt Arouca’s back line here, especially if we know that the visitors limited Porto to just four shots on target before the international break at Estadio do Dragao.

Do not forget that Maritimo were one of the least efficient teams in the previous term of the Primeira Liga.

Neither of these two sides has shown spectacular displays in the opening four rounds of the season. We expect a close encounter and genuinely struggle to find the value in backing the home win at the 2.00 odds.

Instead, we will shoot for the draw at the much more attractive 3.25 odds. The punters who prefer safer betting options can simply go with the Under 2.5 goals bet at the 1.57 odds.