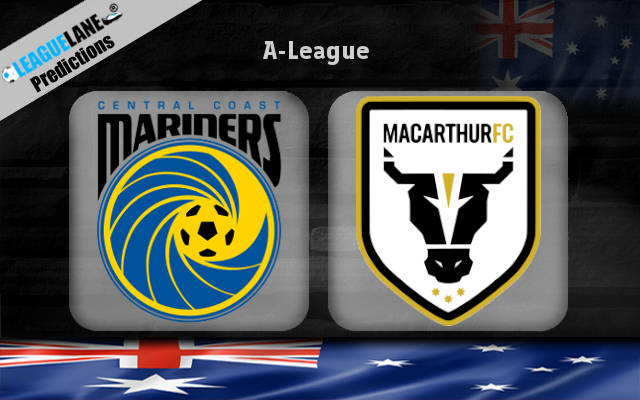 The Mariners finished second in the regular season 5 points behind the top two with mixed results in the last five games (3 wins and 2 losses).

Macarthur FC managed to edge past Wellington Phoenix by 1 point for 6th spot despite winning in 1 of their last 4. This is a brilliant achievement for a team playing in Australia’s top footballing tier for the first time.

The winner of this fixture will face Melbourne City, the team that finished at top of the table.

The teams met three times this season and the Mariners won all of them.

One of them was at this ground and ended 2-0, while the two away fixtures finished with the same 2-1 scoreline.

This is a tough one to call to be honest with both teams showing signs of fatigue and inconsistency at the tail end of the season.

Mariners were defeated in just 4 of their 13 home games this season while Macarthur finished as the best away side in the league.

Though the Mariners defeated Macarthur three times earlier in the campaign, this match could go either way.

However, there are encouraging stats in the goal analysis to back the btts as a bet with the hosts netting in 10 of their last 13 home games while the visitors failed to score in just 3 road games this season.