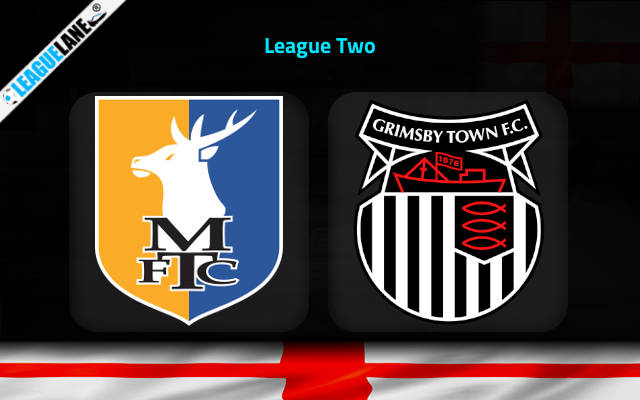 Mansfield vs Grimsby Predictions and Free Tips from our expert tipsters when the teams go head-to-head in League Two on Saturday, 17 December 2022.

Grimsby will look to win their eighth game of the season as they defeated Tranmere last time. The team led by Paul Hurst are currently at the fourteenth position on the table.

On the other hand, Mansfield had to settle for a draw when they played against Stevenage. They have conceded the most number of goals amongst the top ten clubs on the table.

The visitors are unbeaten in the last four overall head-to-head meetings starting from 2020. It is important to mention that the last time the host won this fixture at their ground was over four yeas ago.

Both teams last met in September and the visitors won that game by 2-0.

Who will win the match between Mansfield and Grimsby?

Grimsby will most likely win this fixture. They have a strong winning record against the host at their home ground. It is important to mention that the host are winless in three of their last four home matches.

This fixture is often not a very high-scoring one. Four of the last six head-to-head meetings ended with less than two goals combined.

In five of the last six encounters between these two sides, the game ended with less than two goals combined. This trend started in 2019. Therefore, we can expect Under 2.5 goals to be scored – at 1.80 odd.

Our second tip is that Brendan Kiernan will score anytime– at 5.50. He recently scored the opener against Tranmere. Moreover, he is the second-highest scorer for Grimsby this season. Therefore, we can expect him to find the back of the net against this side.